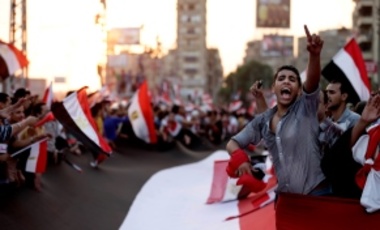 Almost five years since​ millions of​ Arab ​protestors demanded a new socio-economic and political contract for their societies​, the harvest of change has been dramatically uneven. While Tunisia has moved forward toward inclusive democratic reform, other countries like Libya, Syria and Yemen have descended into outright state collapse and civil war, while Egypt has experienced a resurgence of nationalist authoritarianism. Meanwhile, radical groups like ISIS have risen to announce a new state and Caliphate astride the Syrian-Iraqi border. Why did demands for a new social contract fail, in most cases, to move forward? What could have been done differently? What can still be done today to de-escalate conflict and return to the task of building stable, inclusive and productive societies in the Arab world.

Please note: registration is not required, but an RSVP is requested for this session. Click here [RSVP now closed] to RSVP. Please note that an RSVP does not guarantee a seat at the session.