Join us for an Energy Policy Seminar featuring Anthony Leiserowitz, Director of Yale University's Program on Climate Change Communication. Dr. Leiserowitz will speak on "Climate Change in the American Mind." The seminar will be hosted by HKS Professor Joe Aldy.

Attendance: This event is open to the public and hosted on Zoom. For those who cannot attend live, the seminar will be recorded and available to watch via the EPSS homepage. 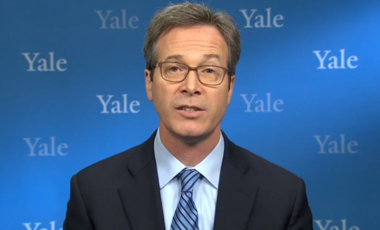 Anthony Leiserowitz, Ph.D. is the founder and Director of the Yale Program on Climate Change Communication and a Senior Research Scientist at the Yale School of the Environment. He is an expert on public climate change and environmental beliefs, attitudes, policy preferences, and behavior, and the psychological, cultural, and political factors that shape them. He conducts research at the global, national, and local scales, including many surveys of the American public. He conducted the first global study of public values, attitudes, and behaviors regarding sustainable development and has published more than 200 scientific articles, chapters, and reports. He has served as a contributing author, panel member, advisor or consultant to diverse organizations including the Intergovernmental Panel on Climate Change (AR6 Report), the National Academy of Sciences (America’s Climate Choices Report), the Smithsonian Museum of Natural History, the Harvard Kennedy School, the United Nations Development Program, the Gallup World Poll, and the World Economic Forum, among others. He is a recipient of the Friend of the Planet Award from the National Center for Science Education, the Mitofsky Innovator Award from the American Association of Public Opinion Research, and the Stephen H. Schneider Award for Outstanding Climate Science Communication from Climate One. He is also the host of Climate Connections, a radio program broadcast each day on more than 600 stations and frequencies nationwide. Twitter: @ecotone2