A Project on Managing the Atom (MTA) seminar with Joseph Cirincione, president of Ploughshares Fund.

This seminar will be held online via Zoom. RSVP below to receive the livestream link. 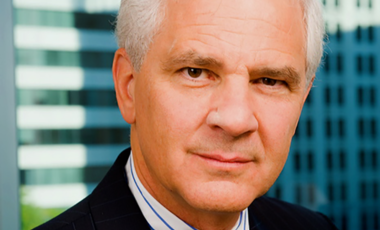 What sort of nuclear policy might we see in a second Trump Administration or a future Democratic administration? In this seminar, Joe Cirincione will detail the politics and policies of a new U.S. nuclear strategy. He will discuss the efforts now underway to craft such a strategy, the areas enjoying the most expert and political support, the role of non-government organizations (including universities) in these efforts, and how the coronavirus crisis may impact the willingness of the government to consider dramatic changes to current nuclear weapons programs and doctrines.

Joseph Cirincione is president of Ploughshares Fund, a global security foundation. He is also the host of Press The Button, a weekly podcast from Ploughshares Fund dedicated to nuclear policy and national security. A new episode is available every Tuesday.

Cirincione is the author of the books Nuclear Nightmares: Securing the World Before It Is Too Late, Bomb Scare: The History and Future of Nuclear Weapons, and Deadly Arsenals: Nuclear, Biological and Chemical Threats. He has worked on nuclear weapons policy in Washington for over 35 years and is considered one of the top experts in the field. He served previously as vice president for national security at the Center for American Progress, director for non-proliferation at Carnegie Endowment, and senior associate at the Stimson Center. He worked for nine years as professional staff on the U.S. House of Representatives Committees on Armed Services and Government Operations. He is a member of the Council on Foreign Relations and a former member of the International Security Advisory Board for Secretaries of State John Kerry and Hillary Clinton. He also teaches at the Georgetown University Graduate School of Foreign Service.