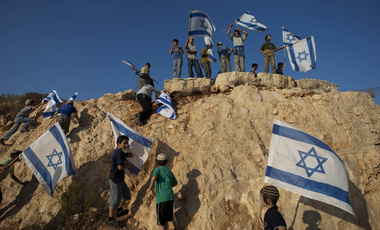 AP Photo/Ariel Schalit
Israeli settler youths wave Israeli flags at the start of a protest march against Palestinian statehood, from the West Bank Jewish settlement of Itamar near the Palestinian town of Nablus, Tuesday, Sept. 20, 2011.

A seminar with Ami Pedahzur, Professor of Government and the Arnold S. Chaplik Professor in Israel and Diaspora Studies, University of Texas at Austin.

The talk consists of three parts. First, I will use GIS data to portray the West Bank settlers’ patterns of territorial expansion and demographic growth, rise to power. Second, I will demonstrate the means by which seemingly marginal political groups can shape policy making process. Third, by comparing the cases of the West Bank and Jerusalem settlers to those of the settlers in the Sinai Peninsula, The, Gaza, The Jordan Valley and the Golan Heights, I will explain the demise of the two states solution.

Ami Pedahzur is a Professor of Government and the Arnold S. Chaplik Professor in Israel and Diaspora Studies at the University of Texas at Austin. He is also the Founding Director of the Institute for Israel Studies at UT Austin. His main areas of interest are radicalism, political violence, Israeli politics and methods. His books include:  'The Triumph of Israel’s Radical Right' (Oxford University Press, 2012); 'The Israeli Secret Services and the Struggle against Terrorism' (Columbia University Press, 2009); 'Jewish Terrorism in Israel' (Columbia University Press, 2009, with Arie Perliger) and ‘Suicide Terrorism’ (Polity Press, 2005). He is currently studying the evolution of Special Operations Forces. For more information, please visit: http://www.pedahzur.com. 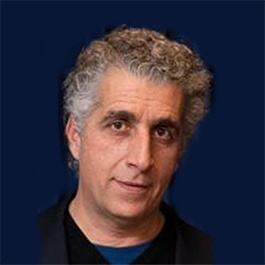