A panel discussion addressing the latest developments in the Syrian crisis from a report back of the Syria Working Group. 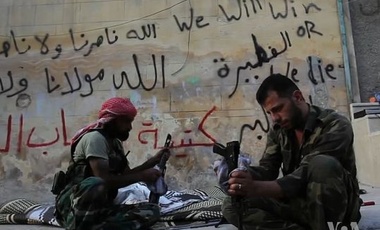 A panel discussion addressing the latest developments in the Syrian crisis from a report back of the Syria Working Group. The panelists include:

After graduating from Oxford, Hugh Roberts undertook doctoral research on Algeria, spending a year teaching English in Bouïra in the Kabylia region and another year as a French Government Scholar at the University of Aix-Marseille while carrying out extensive fieldwork in Algeria in the long vacations. Roberts taught politics and political history in the School of Development Studies at the University of East Anglia from 1976 to 1988 and then worked in London as an independent scholar and free-lance writer in order to be able to follow the developing crisis in Algeria full time. In 1997 he returned to academic life as a Senior Research Fellow at the London School of Economics, a post he held till 2002. In 2001 Roberts moved to Cairo where he lived for 10 years, continuing his work on Algeria, conducting additional research on Egyptian political history and the history of Islamism in North Africa and working for the International Crisis Group as Director of its North Africa Project in 2002-2007 and again from January to July 2011. He has also taught at the Institute of Development Studies at the University of Sussex (1986-7), the University of California, Berkeley (spring semester 1996) and the School of Oriental and African Studies at the University of London (1997-8).

Meera Shah is a Clinical Advocacy Fellow at the Human Rights Program. Her work examines the intersection of international human rights and humanitarian law, with a focus on displacement, national security policies, and issues of prolonged military occupation. She has a regional focus on the Middle East, where she spent several years working and studying.

Before joining HRP, Meera was a law clerk to the Honorable Andre M. Davis of the U.S. Court of Appeals for the Fourth Circuit in Baltimore, Maryland. She has held internships with the Center for Constitutional Rights and Human Rights First. Meera received her J.D. from Columbia Law School, where she served as an articles editor for the Columbia Human Rights Law Review and was awarded the Lowenstein Fellowship for graduates pursuing public interest law. Meera also holds an M.A. in Arab Studies from Georgetown University and a B.A. in International Relations from Stanford University.

Patrick Johnson is a Master in Public Policy candidate at Harvard Kennedy School.  He spent 3 years living in Syria working for UNHCR and experienced the first 6 months of the uprising in the country. During his time at HKS, he has conducted research into different aspects of the Syrian conflict for International Crisis Group, from inside Syria and from Lebanon, Turkey and Jordan. He also acted as a consultant for the recent PBS documentary, 'Syria: Behind The Lines'.