The Urban Transformation of Istanbul in the Context of Local, National and Global Politics 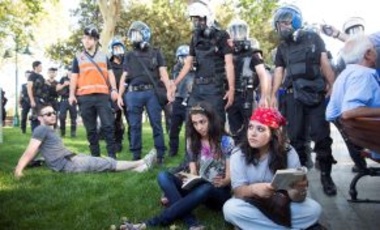 This event will be held at the Harvard Graduate School of Design, Stubbins Room, Gund Hall, 48 Quincy Street, Cambridge, MA.

Co-sponsored by the Harvard Center for European Studies and Medina, the Arab Students Association, Harvard Graduate School of Design.

Dr. Gulay Yedekci graduated from the Department of Architecture and completed her graduate studies at Yıldız Technical University (MA) and  Istanbul Technical University (PhD). In 1996 she founded her own architectural office in the Taksim district of Istanbul. She has worked on a number of projects in various scales. Dr. Yedekci lectured at Istanbul Yeni Yüzyıl University where she was also elected for various academic and managerial positions. Urban Transformation of Cities and Biomimicry Future (Nature Inspired Design) are the areas of her expertise. She has participated in a large number of national and international scientific conferences and panel discussions as a speaker and moderator.

Dr. Yedekci began her career in politics in the President of the Youth Wing in the Fatih District for CHP. Following the 2015, elections she became a Member of the Turkish National Parliament representing Istanbul from CH. She has been a part of the Cultural Heritage Commission of Development and Protection Department and organized Youth Restructuring Meetings at CHP. She is the founder of the "Orange Flag" project (for disabled people) and the architect of the Ecological Women Village Project.  Dr. Yedekci also served in the Civil Society Organizations Platform. Additionally, she served as a board member for the Children of Hope Association (established for the benefit of street children). She is the Vice President of the "Stay Alive Association" and the former President Democratic Solidarity Association. She is a member of Istanbul Chamber of Architects General Assembly (TMMOB). She is also the founder and director of the "Young Scholars Movement". She has received the "Best Architect" award in 2014 and she has published numerous articles and four books.