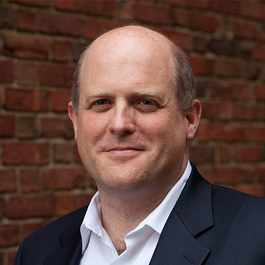 Daniel Schrag is the Sturgis Hooper Professor of Geology, Professor of Environmental Science and Engineering at Harvard University and Director of the Harvard University Center for the Environment. He also co-directs the Science, Technology and Public Policy Program at the Belfer Center for Science and International Affairs at the Harvard Kennedy School.

Schrag's interests include climate change, energy technology, and energy policy. He has studied climate change over the broadest range of Earth's history, including how climate change and the chemical evolution of the atmosphere influenced the evolution of life in the past, and what steps might be taken to prepare for impacts of climate change in the future. He helped to develop the hypothesis that the Earth experienced a series of extreme glaciations, called "Snowball Earths," that may have stimulated a rise in atmospheric oxygen and the proliferation of multicellular animals. He is also interested in how we can use climate events in the geologic past to understand our current climate challenges. Schrag has worked on a range of issues in energy technology and policy, including advanced technologies for low-carbon transportation fuel, carbon capture and storage, and the risks and opportunities of shale gas.

From 2009-2017, Schrag served on President Obama's Council of Advisors on Science and Technology (PCAST). Among various honors, he is the recipient of a MacArthur Fellowship and the James B. Macelwane Medal from the American Geophysical Union. Schrag earned a B.S. in geology and geophysics and political science from Yale University and his Ph.D. in geology from the University of California at Berkeley. He came to Harvard in 1997 after teaching at Princeton University.