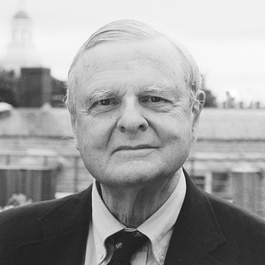 Harvey Brooks was the Benjamin Pierce Professor of Technology and Public Policy, Emeritus; the Gordon McKay Professor of Applied Physics, Emeritus; and the Founder and Director Emeritus of the Science, Technology and Public Policy Program at the Belfer Center for Science and International Affairs at the Kennedy School. He passed away on May 28, 2004..

He was the author of many articles in professional journals and wrote ''The Government of Science'' (1968), which explored the relationship of science and government.

He graduated from Yale and studied at Cambridge before receiving a doctorate in physics from Harvard in 1940.

He helped to develop the acoustic homing torpedo during World War II, and later worked for General Electric on a project to use nuclear-powered reactors in submarines. In 1950, he joined Harvard's Division of Engineering and Applied Sciences, and was its dean from 1957 to 1975. In 1976, he founded and was the first director of the Science, Technology and Public Policy Program at the Belfer Center for Science and International Affairs. He officially retired in 1986, but continued to teach and to advise.