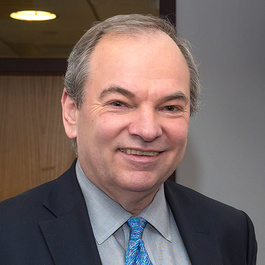 In 1993, Sebenius took the lead in the School's decision--unique among major business schools--to make negotiation a required course in the MBA Program and to create a Negotiation Unit (department) which he headed for several years. The Negotiation Unit grew to several full-time negotiation faculty teaching the required course to over 800 students per year as well as offering advanced dealmaking and negotiation courses to MBAs, doctoral students, and executives. The Negotiation Unit subsequently merged with the School's Organization and Markets Unit to form a new Unit, "Negotiation, Organizations, and Markets (NOM)." Formerly an Associate Professor on the faculty of Harvard's Kennedy School of Government, Sebenius also currently serves as Vice Chair and as a member of the Executive Committee of the Program on Negotiation (PON) at Harvard Law School. At PON, he has taken the lead role in the University's annual Great Negotiator Award program, which has intensively engaged with and brought negotiators such as George Mitchell and Richard Holbrooke to campus.

Early in his career, he co-founded the Negotiation Roundtable, an ongoing forum in which hundreds of varied negotiations have been examined to extract their most valuable lessons. In 2008, Sebenius succeeded Roger Fisher as Director of the Harvard Negotiation Project, which currently focuses on China-related negotiations, the Middle East Negotiation Initiative, and the Great Negotiator Study Initiative.  Drawing on this and extensive advisory experience, summarized below, he co-authored (with David Lax) 3-D Negotiation: Powerful Tools to Change the Game in Your Most Important Deals (HBS Press). A previous collaboration with Lax produced The Manager as Negotiator (The Free Press). He is also the author of Negotiating the Law of the Sea (Harvard University Press), co-editor of various works, and author of a number of academic and popular articles as well as many field case studies and multimedia teaching materials.

Sebenius left Harvard in the mid-1980s to work full-time for investment banker Peter G. Peterson, co-founder with Stephen Schwarzman of the New York-based Blackstone Group, now one of the world's leading merchant banking and private equity firms. For several years following Blackstone's launch, Sebenius worked closely with Peterson and Schwarzman, initially as vice president, and later as Special Adviser to the firm after returning to Harvard. In its first year, Blackstone announced transactions valued at over $11 billion and advised over a dozen major corporate clients (including Squibb, American Can Company, American International Group, Inc., Armco Inc., COMSAT, CSX Corp., Eaton Corp., Firestone Tire and Rubber, Saatchi and Saatchi Company PLC, and Sony Corporation) on a wide variety of financial and strategic negotiations including mergers and acquisitions, joint ventures, recapitalizations, and divestitures. During Sebenius's active involvement with the firm, Blackstone raised almost $1 billion in equity for Blackstone Capital Partners and  acted as primary financial advisor on three of the largest U.S.-Japanese deals to date. In earlier professional roles, Sebenius served from 1976 to 1977 as assistant to Robert White, Administrator of the National Oceanic and Atmospheric Administration in Washington, and from 1977 to 1980 with the State Department on the U.S. Delegation to the Law of the Sea negotiations led by Elliot Richardson.

Among various awards, the Japanese Junior Chamber of Commerce (Osaka) selected Sebenius as one of the Ten Outstanding Young Persons (under 40) from around the world, an honor that involved an extended visit to Japan culminating in an audience with the new Emperor and Empress. He was elected a term member of the Council on Foreign Relations in New York. He also served as advisor to the Select Automotive Panel, a joint U.S.-Canadian body, established following the U.S. Canadian Free Trade Agreement to deal with outstanding auto trade issues; the Panel consisted of the heads of the three major auto companies, the heads of the United Auto Workers and the Canadian Auto Workers, as well as numerous auto industry representatives. He was a member of the Auto Parts Advisory Committee, United States Department of Commerce (appointed by the Secretary of Commerce).