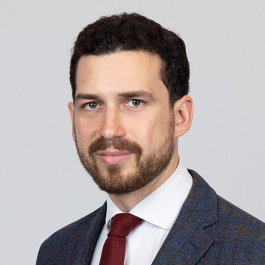 Luca Giani brings years of experience at the intersection of Business and Government, with a focus on Biotech Entrepreneurship, Finance and Management, and Diplomacy.

He started his career as a diplomat for the Sovereign Military Order of Malta, in their Washington D.C. mission to the Organization of American States (OAS). He later joined the Investment Banking Division at Credit Suisse London, where he assisted companies with financing strategy, initial public offerings, and mergers and acquisitions. Later, at Bain & Company, Luca worked on a number of strategy projects in operations, go-to-market, and organization design.

Luca was on the founding team of a medical device startup focused on snoring and sleep apnea, and he later co-founded Innbiotec Pharma and Ilios Therapeutics – biotech companies that commercialize IP and novel molecules from universities and internal labs research, creating novel therapies for neurodegenerative diseases such as Alzheimer’s and dementia.

Luca holds an Master of Public Policy from Harvard Kennedy School, and a B.S. Foreign Service from Georgetown University – Walsh School of Foreign Service. As part of his undergraduate studies, he spent a year at the London School of Economics (LSE), focusing on econometrics and finance.