As highlighted in our initial blog post, the neurodegenerative disease (NDD) drug development space has seen little progress compared to other disease areas such as cancer and immunology. A number of factors contribute to a lack of curative or disease-altering therapies addressing NDD including a poor understanding of the pathophysiology of most NDDs and historically lower investment as opposed to other disease areas. However, the use of policy instruments has the potential to drive progress and improve NDD drug development. This article introduces our research on the impact of key policies on NDD drug development. It also presents our initial findings on the effectiveness of current policies and identifies areas where further action is needed.

Before diving into policy, it’s helpful for us to define what we consider to be policy. Broadly, policy can be defined as the laws/regulations, programs, and processes that influence research & development, manufacturing, procurement, approval, coverage, and safety of a drug. The table below dives deeper into our approach.

Table 1: Definitions and Examples of Various Types of Relevant Policy

At a high-level, policy can be used to signal priorities. For example, changes in funding allocation for Alzheimer's disease (AD) research by the US Congress in recent years highlight a growing recognition of the need for action in this area. From FY2001 to 2014, Congress included broad language encouraging the National Institutes of Health (NIH) to prioritize AD research but did not specify a dollar amount. However, from FY2016 to 2018, Congress specified that the NIH must allocate a certain amount of the budget to AD research, suggesting that addressing AD and other NDDs is of growing priority to the federal government.1

While healthcare reform tends to occur incrementally, policy windows present an opportunity for rapid, transformative change. Political will and public sentiment are often needed to push forward policies. And when those policies are enacted, there is an opportunity for accelerated progress. In 1992, the FDA developed the Accelerated Approval Program, an expedited approval pathway for drugs that “treat serious conditions” and “fill an unmet medical need based on a surrogate endpoint,”2 largely in response to pressure from patient advocates during the HIV/AIDS epidemic. Though the majority of drugs approved under this pathway, especially in the last decade, have been oncology drugs3, previous literature has noted the pathway expedited the median approval time of non-oncology drugs by 53.1 months.4 Biogen’s AD drug, Aduhelm (aducanumab), was approved under this pathway.

Last year’s House Subcommittee on Health hearing “The Path Forward: Advancing Treatments and Cures for Neurodegenerative Diseases” affirms that accelerating NDD drug development and streamlining the approval process is top-of-mind for policymakers.5 Arguably, the policy window for NDD drug development is now more than ever.

The following table presents an overview of key policies and programs that have had or may have implications for the field of neurodegenerative disease (NDD) research and development. It should be noted that some of these policies are specific to certain diseases, such as the National Alzheimer's Program Act of 2011 and the Accelerating Access to Critical Therapies for ALS Act of 2021. This list is not exhaustive, and has been made to highlight some examples of policy and programs that have been enacted over the years. Other relevant policies and programs may exist and we will continue to add as relevant in future publications.

Table 2: Example Policy/Programs by Year and Area of Impact

The figure above shows that there have been a total of 46 new drug approvals for neurodegenerative diseases (NDDs) since January 1970. The majority of these approvals have been for multiple sclerosis (MS) and Parkinson's disease (PD), which is likely due to a better understanding of the underlying pathophysiology of these conditions compared to other NDDs. This increased understanding has allowed for the identification of more effective drug targets for these conditions, leading to a higher number of drug approvals in these areas. Other neurodegenerative diseases, however, require a significant investment in basic research to better understand their pathophysiology and create effective drugs.

The timeline in Figure 2 displays drug approvals and selected policies and programs from 1970 onwards. As previously discussed, there have been limited new drug approvals for Alzheimer's disease (AD) despite increased funding and interest in AD research in recent years. In fact, until the approval of Adulhelm in 2021, there had not been an Alzheimer's drug approved since Namzaric in 2014. In contrast, there have been multiple drug approvals for rare diseases such as ALS and SMA in the last five years. Additionally, the timeline shows a significant gap in NDD drug approvals between the 1970s and 1990s, the reasons for which could be speculated as being related to a lack of understanding of the underlying pathophysiology of NDDs, lower levels of funding and investment in NDD research, and other factors that remain to be studied and that may have hindered progress in this field.

Can Policy & Programs Actually Move the Needle?: A Preview of What’s to Come

The pattern of drug approvals in the timeline suggests that some policies and programs may have been more impactful than others. Let’s take a look at two examples:
FDA NDA / BLA Drug Approvals since 21st Century Cures Act (Dec 2016) 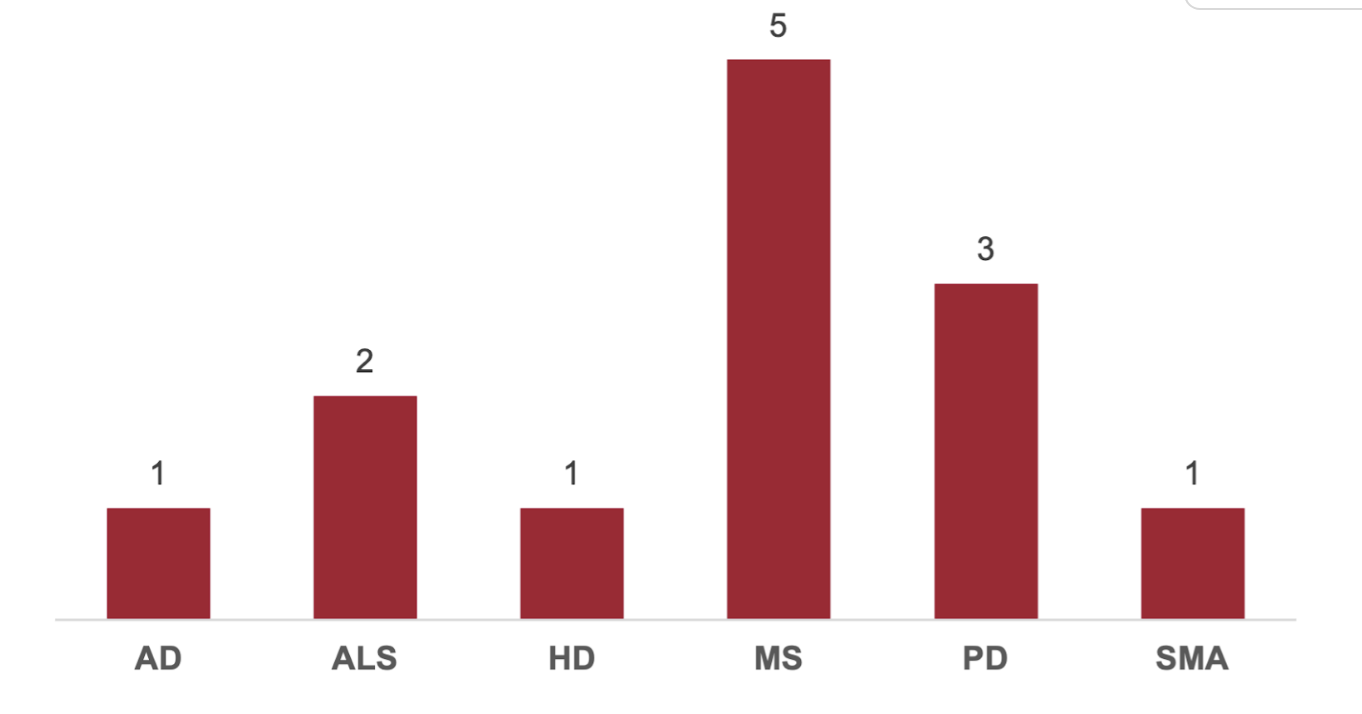 Figure 3 above displays the number of new neurodegenerative disease (NDD) drug approvals since January 2017, with the 21st Century Cures Act being passed in December 2016. The increased diversity of NDD drug approvals since this time suggests that the 21st Century Cures Act may have helped to create a more level playing field for drugs targeting conditions other than multiple sclerosis (MS) or Parkinson's disease (PD). This policy has potentially facilitated the development and approval of drugs for a wider range of NDDs, which could have significant benefits for patients and the healthcare system as a whole.

Priority vs. Standard Reviews since 1992

Figure 4 above displays the number of new neurodegenerative disease (NDD) drug approvals since January 1992, when the Prescription Drug User Fee Act (PDUFA) was passed and the Priority Review process was introduced. The Priority Review process requires the US Food and Drug Administration (FDA) to make a decision on a new drug within six months, compared to the 10-month timeline for a standard review. This expedited process is intended for drugs that have the potential to significantly improve the safety and effectiveness of the treatment, diagnosis, or prevention of serious conditions. Based on the data shown in Figure 4, the Priority Review process may have been particularly helpful for the approval of drugs for rarer NDDs such as ALS and SMA.

It is important to recognize that these policies and programs do not exist in isolation and it is not possible to definitively determine their causal effects on NDD drug development. However, these insights may help to inform future strategies and approaches in this field.

The next phase of our research will focus on three key questions:

In addition to analyzing the impact of policies and programs on the number of NDD drug approvals, we will also examine their effects on the NDD drug pipeline, mapping the number of drugs in different phases of development to gain a more comprehensive understanding of the development process, recognizing its pivotal importance in advancing science and drug development.

We will also explore whether there are any useful insights that can be gained from the policies and programs of other countries, such as the European Medicine Agency, or even other industries, such as tech or finance, whose success stories could be applied to the NDD drug approval process.

Finally, we will address the ongoing tension between expediting drug approval and ensuring drug efficacy, examining whether an increase in the number of approved drugs leads to better patient outcomes.