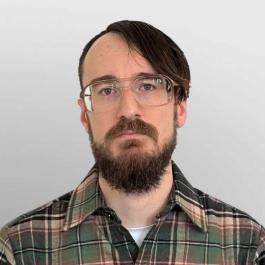 Stephen Herzog is an Associate of the Project on Managing the Atom (MTA) at the Harvard Kennedy School's Belfer Center for Science and International Affairs. At MTA, he co-chairs the Beyond Nuclear Deterrence Working Group for the Research Network on Rethinking Nuclear Deterrence. He is based at the Center for Security Studies (CSS) at ETH Zurich, where he is a Senior Researcher in Nuclear Arms Control. Stephen is drafting a book manuscript about multilateral nuclear arms control and has several other ongoing projects on nuclear deterrence, proliferation, and disarmament. His research draws on archival studies, elite interviewing, and survey experiments.

Prior to joining CSS, Stephen was a Research Fellow with MTA. He holds a Ph.D. with distinction in Political Science from Yale University, an M.A. in Security Studies from Georgetown University, and a B.A. in International Relations from Knox College. Before returning to academia, Stephen worked for the U.S. Department of Energy’s National Nuclear Security Administration and the Federation of American Scientists. He has worked, researched, and traveled in over 100 countries.

Stephen's research is published in Contemporary Security Policy, Energy Research & Social Science, International Security, the Journal of Conflict Resolution, the Journal for Peace and Nuclear Disarmament, the Journal of Politics, the Nonproliferation Review, and Survival. His public affairs commentary has been featured in outlets including Arms Control Today, the Bulletin of the Atomic Scientists, the Financial Times, Science, The National Interest, War on the Rocks, and the Washington Post/Monkey Cage.