Introducing the 2020-2021 Managing the Atom Fellows

The Project on Managing the Atom (MTA) is excited to announce a new cohort of research fellows for the 2020-2021 academic year. These 10 pre-doctoral, post-doctoral, and mid-career fellows will come together virtually this fall from three continents to pursue a wide range of research projects with a nuclear policy focus.

“I am delighted to welcome another exceptional group of scholars representing the next generation of leadership in understanding and crafting nuclear policy,” said Matthew Bunn, Co-Principal Investigator of MTA and the James R. Schlesinger Professor of the Practice of Energy, National Security, and Foreign Policy at the Harvard Kennedy School. “With backgrounds in academia, government, and NGOs, this international and interdisciplinary group brings fresh perspectives and a wealth of expertise crucial to tackling the most pressing and difficult questions related to nuclear stability and arms control, nonproliferation, nuclear security, nuclear energy, and many other urgent topics.”

In addition to this new group of fellows, MTA is pleased to also welcome a new associate and Ernest May fellow into our research community this fall.

This is the 24th cohort of MTA's long-running fellowship program. Fellows are supported by the John D. and Catherine T. MacArthur Foundation, as well as the Stanton and Koch Foundations. MTA also receives operating and research support from the Carnegie Corporation of New York. For more information about the Project on Managing the Atom, please visit belfercenter.org/mta. 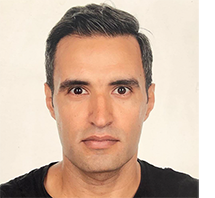 Ali Ahmad is a Research Fellow studying energy policy at Harvard Kennedy School’s Project on Managing the Atom and International Security Program. His research interests include energy security and resilience and the political economy of nuclear energy in newcomer markets, with focus on the Middle East. Prior to joining MTA, Ali served as Director of the Energy Policy and Security Program at the American University of Beirut. From 2013 to 2016, Ali was a postdoctoral fellow at Princeton University’s Program on Science and Global Security where he worked on informing nuclear diplomacy with Iran. Outside academia, Ali is a senior consultant at the World Bank advising the Energy and Extractive Industries Global Practice. Ali holds a first degree in Physics from the Lebanese University and a PhD in Engineering from Cambridge University. 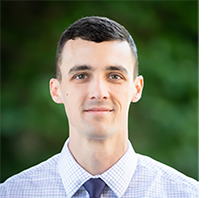 David Arceneaux is a postdoctoral fellow with the Belfer Center's Project on Managing the Atom and International Security Program. David holds a Ph.D. in political science from Syracuse University. He is currently developing a book project on the origins of command and control systems in regional nuclear powers. David was previously a predoctoral fellow at the MIT Security Studies Program. His research is supported by the Charles Koch Foundation, and he has previously received support from the Smith Richardson Foundation and Tobin Project, among others. 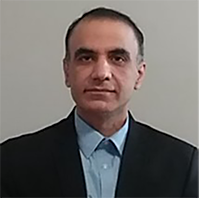 Abolghasem Bayyenat is a Stanton Nuclear Security Postdoctoral Fellow with the International Security Program/Project on Managing the Atom at the Belfer Center. He earned his Ph.D. in political science from Syracuse University. His doctoral dissertation examined the political dynamics of Iran's nuclear policymaking. Abolghasem's current research is focused on Iran's nuclear decision-making processes and Iranian political elites' national security and foreign policy thinking. He is currently developing his doctoral dissertation into a book manuscript and journal articles. Prior to pursuing doctoral studies, he worked for several years in Iran researching Iran’s foreign trade regime and the multilateral trading system. 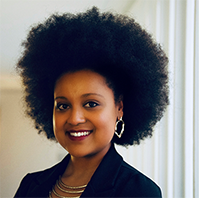 Leyatt Betre is a predoctoral research fellow at the Belfer Center’s Managing the Atom Project and International Security Program, and a PhD candidate in Security Studies at Princeton University’s School of Public and International Affairs. She received her S.B. degree in Physics and Political Science from the Massachusetts Institute of Technology, where she conducted research in both the Security Studies Program and the Kavli Institute for Astrophysics and Space Research. Her current research examines the history and politics of nuclear weapons R&D in the United States and the Soviet Union during the early to mid-Cold War, with a particular focus on the ways in which technical communities defined the parameters and possibilities characterizing contemporary arms control efforts. 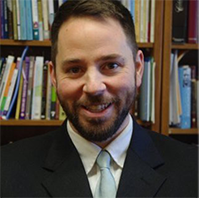 William d’Ambruoso is a Stanton Nuclear Security Postdoctoral Fellow at the Belfer Center. He earned his Ph.D. in Political Science at the University of Washington. His research interests include the causes of war and wartime violence. He is currently working on a book project that examines previous major wars, and future nuclear ones, as self-fulfilling prophecies. A second book explaining the recurrence of interrogational torture by the United States since the early 20th Century is under review with Oxford University Press. He taught previously at Bates College. 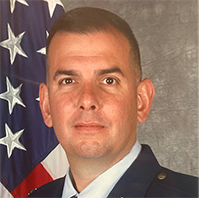 Lt. Col. Michael Gallucci is a National Defense Fellow with the International Security Program and Project on Managing the Atom at the Harvard Kennedy School's Belfer Center. His research interests include nuclear security and nuclear treaties and agreements. He received his B.S. in Criminal Justice and his M.A. degree from the Air Command and Staff College in Military Operational Art and Science. He is a security forces officer and political-military strategist in the U.S. Air Force with extensive experience in command and nuclear security operations. 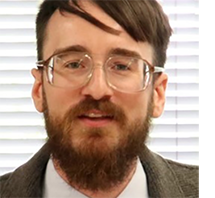 Stephen Herzog is a Ph.D. candidate in Political Science at Yale University and a Predoctoral Research Fellow with the International Security Program/Project on Managing the Atom. He focuses on nuclear arms control, deterrence, and proliferation. His research draws on archival methods, elite interviewing, and survey experiments. Stephen also holds fellowships with the Yale Project on Japan's Politics and Diplomacy and the Pacific Forum of the Center for Strategic and International Studies (CSIS). 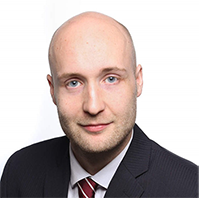 Alexander Kamprad is an Associate with the Belfer Center’s Project on Managing the Atom (MTA) and will be a postdoctoral research fellow with MTA and the International Security Program in the spring of 2021. Alexander is a political scientist (BA, University of Hagen) and criminologist (MA, University of Hamburg; PhD, Catholic University of Milan). He conducted violence-related research in Mexico and worked at the European External Action Service before joining the Joint Research Centre on Transnational Crime (Milan) in 2014. Following a visiting research affiliation at the European University in St. Petersburg, and consultancy work for the UN Office on Drugs and Crime’s Research Branch, he took a position at the German Federal Foreign Office’s Nuclear Arms Control Division in 2019. His main research interests include nuclear crimes and terrorism (within a wider context of crime, terrorism and violence); international nuclear security cooperation; nuclear arms control, disarmament and nonproliferation (esp. in Eastern Asia); and peaceful uses of nuclear technology, among other topics. 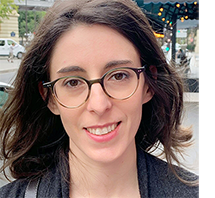 Mailys Mangin is a Managing the Atom Predoctoral Fellow at the Belfer Center. She is also a Ph.D. Candidate in Political Science at Lille University, in France. Her research uses relational sociology to contribute to a deeper understanding of the political role of international institutions in the field of nuclear nonproliferation. She previously was a member of the French Next Generation Réseau Nucléaire et Stratégie (RSN-NG) led by two French think tanks, the Fondation pour la Recherche Stratégique (FRS) and the Institut Français des Relations Internationales (IFRI). 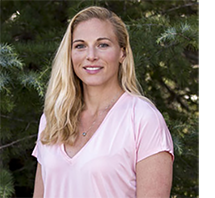 Ariel Petrovics is a Postdoctoral Research Fellow at the Belfer Center. She earned her Ph.D. in Political Science from the University of California, Davis. Her research examines the effectiveness of foreign policy strategies with specific application to national security and nuclear reversal. She previously held the Herbert York Fellowship with the Institute for Global Conflict and Cooperation and a Research Associate position at the Lawrence Livermore National Laboratory’s Center for Global Security Research. 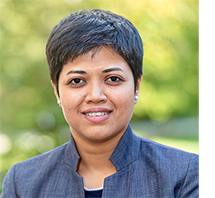 Jayita Sarkar is an Assistant Professor at Boston University (BU)'s Pardee School of Global Studies, where she teaches diplomatic and political history. Her expertise is in 20th century South Asia, the history of U.S. foreign relations, nuclear technologies, and connected partitions. She is also the founding director of the Global Decolonization Initiative at BU's Pardee School. In 2020–2021, she is on sabbatical from Boston University to make progress on her second book project as an Ernest May Fellow in History & Policy and as an affiliate with the Weatherhead Initiative on Global History at Harvard University. This project, "Light Water Capitalism: The Rise and Fall of U.S. Global Power," examines the U.S. government's export of light water reactors from the 1950s to the 1980s to expand its global power through nonproliferation. 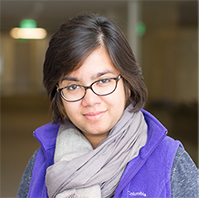 Aditi Verma is a Stanton Nuclear Security Postdoctoral Fellow at the Belfer Center's Project on Managing the Atom and the International Security Program. She is broadly interested in how nuclear technologies specifically and complex technologies broadly—and their institutional infrastructures—can be designed in collaboration with publics such that traditionally excluded perspectives can be brought into these design processes. Prior to her current appointment, Aditi worked at the OECD Nuclear Energy Agency, where her work, endorsed and funded by policymakers from the NEA member countries, focused on bringing epistemologies from the humanities and social sciences to academic and practitioner nuclear engineering, thus broadening their epistemic core. Aditi holds undergraduate and doctoral degrees in Nuclear Science and Engineering from MIT.

For more information on this publication: Belfer Communications Office
For Academic Citation: “Introducing the 2020-2021 Managing the Atom Fellows.” Announcement, , September 1, 2020.