Security Challenges and Opportunities in the Twenty-first Century

In this chapter, Chuck Freilich presents the regional and global developments and the changes in the 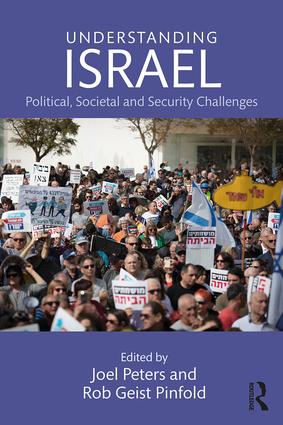 nature of the diplomatic and military threats Israel faces that have transformed its strategic environment in recent decades. At 70, Israel continues to face a daunting array of threats, as do few states in the world. Israel has, however, won the battle for its existence and is stronger militarily and more secure today than ever before. Furthermore, it has ties with more states than ever before, including a unique relationship with the United States and a vibrant economy that has grown rapidly in recent decades, which has turned Israel into an international leader in high-tech.

Among others, the changes described include the peace treaties with Egypt and Jordan, the collapse of the Soviet Union, the Arab Spring and Syrian civil war, and the emergence of the “Northern Front” as well as the shift from state-level to non-state, “asymmetric” threats, primarily from Hezbollah and Hamas. Particular attention is devoted to the peace process with the Palestinians, including the demographic issue, the Iranian nuclear program, the U.S. role in the region, and the vital importance of the U.S.-Israeli relationship. The chapter argues that Israel should be deeply concerned by signs of dissatisfaction in the United States with its policies. Even a modulation of U.S. support would have grave consequences for Israel.

The Greens have countered the fearmongering of the far right and seized ground from the center left with progressive policies.
More from Amanda Sloat

The Realist Case for the Non-Realist Biden

With a pandemic to defeat and repair work to do inside the government, the mantra of Biden’s foreign policy is likely to be “First, Do No Harm.”
More from Stephen M. Walt

Harold Macmillan and the UK Foreign Office deliberately played the Greek and Turkish governments against each other.
More on Diplomacy