Understanding the nuclear accord with Iran

What are the key elements of the framework nuclear accord with Iran? How will the accord constrain Iran’s nuclear program? Five charts below, created by the Belfer Center for Science and International Affairs, illustrate the key points of the deal.

How would the accord restrict Iran’s pathways to a nuclear bomb? 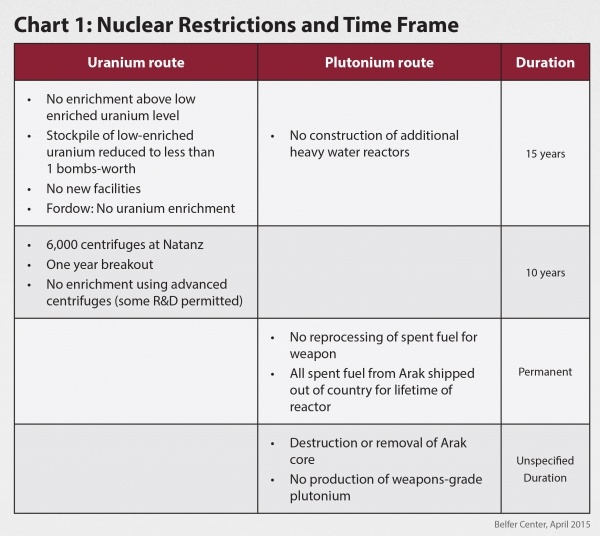 How would Iran’s program look before and after this deal?

Chart 2 compares Iran’s nuclear capability after the accord is implemented with its program before the interim agreement. 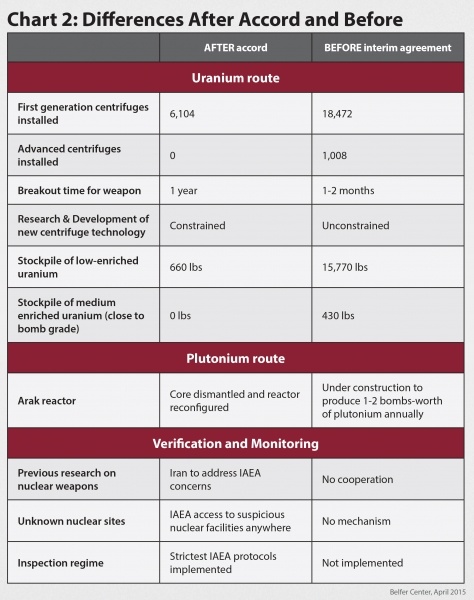 How many centrifuges would Iran be allowed to keep?

Chart 3 tracks the installation of centrifuges at Iran’s nuclear facilities, and illustrates how the accord would reduce Iran’s centrifuge count to 6,104 installed machines. 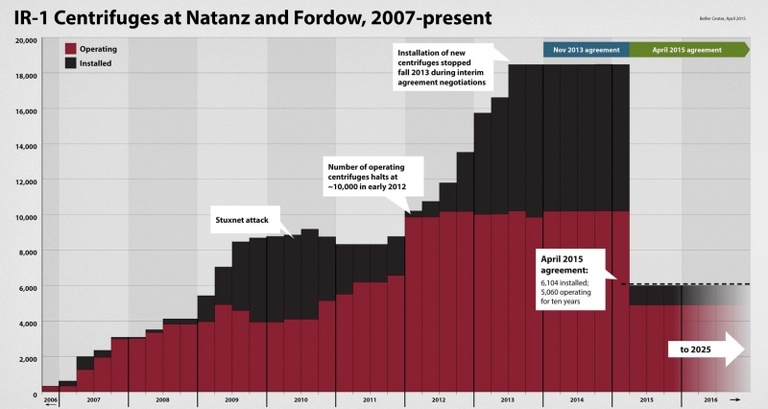 How about Iran’s stockpile of Medium Enriched Uranium, which is close to bomb-grade?

Chart 4 shows Iran’s stockpile of Medium Enriched Uranium, which grew continuously until the November 2013 interim agreement. Iran would not be permitted to enrich uranium to 20% for 15 years, so the stockpile will remain at zero. 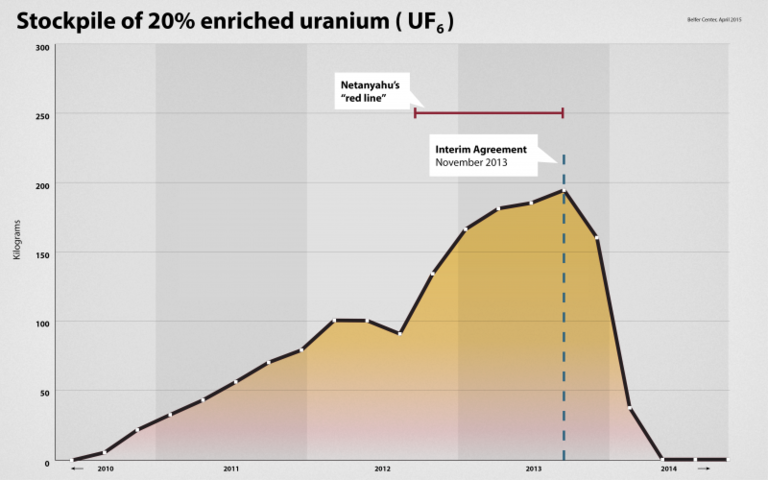 What happens to Iran’s nuclear facilities?

Chart 5 shows major changes at the Natanz, Fordow and Arak facilities. In addition to these changes, Iran agreed to implement the following verification and monitoring procedures: 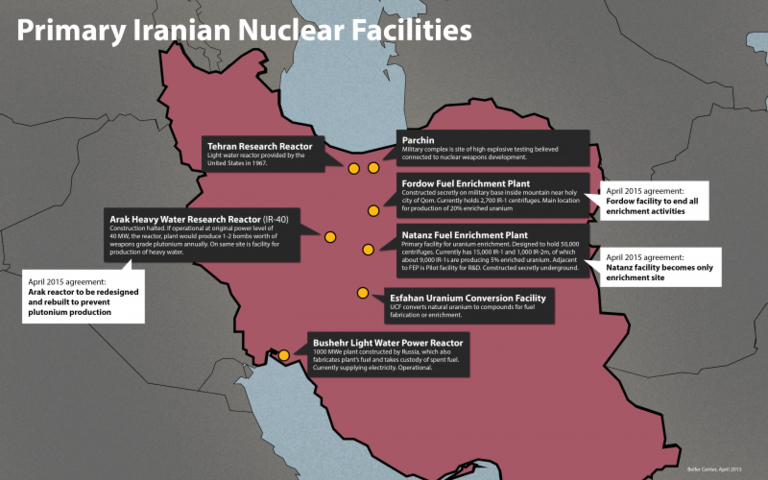 For more information on this publication: Belfer Communications Office
For Academic Citation: “Understanding the nuclear accord with Iran.” Iran Matters, April 3, 2015, https://www.belfercenter.org/publication/understanding-nuclear-accord-iran.