Weapons of the Marginalized: Authoritarian Bargaining Under the Threat of Sabotage 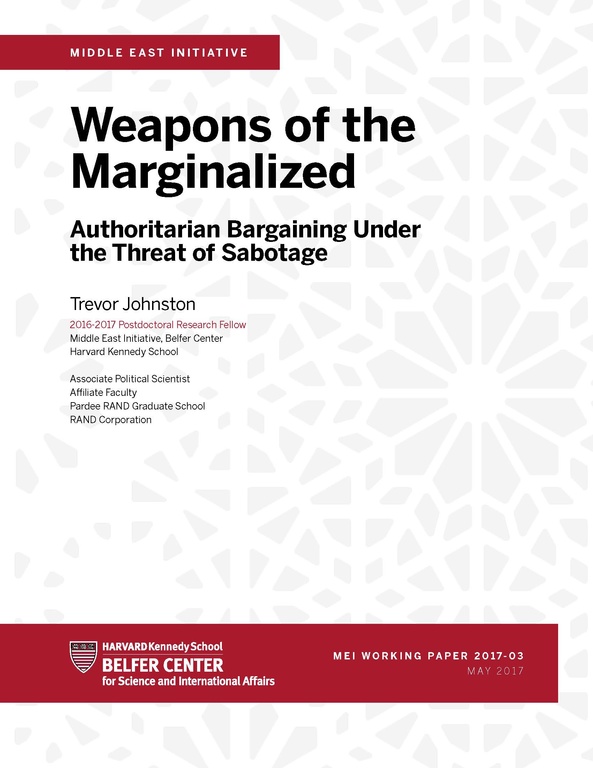 Over the past decade, the small Gulf state of Qatar has targeted migrant workers, an otherwise marginalized community, with increasingly extravagant spending projects and other distributive goods and services. These targeted goods present us with a puzzling question: why provide benefits to the marginalized? In answering this question, I offer a theory of authoritarian bargaining under the threat of sabotage. All autocrats must solicit the support of various groups in society, whose loyalty is crucial to regime survival. Whether purchased or coerced, this support does not come cheap, making autocrats dependent on constant production and growth. To the extent marginalized groups are critical to such production, they have the capacity to threaten costly economic sabotage. This threat provides marginalized groups with a potential bargaining power that is simply nonexistent in traditional theories of authoritarianism. In testing my theory, I draw on a unique GIS dataset from Qatar. My empirical strategy exploits the spatial segregation of Qatar to show how distributive goods are targeted to those areas at the greatest risk of sabotage. At the same time though, these high risk areas also receive a disproportionate share of state security installations, representing the potential complementarity between cooptation and repression.