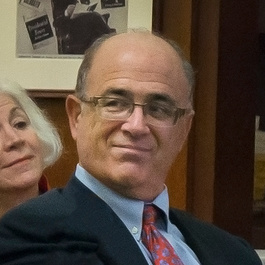 Henry Lee is the Jassim M. Jaidah Family Director of the Environment and Natural Resources Program within the Belfer Center for Science and International Affairs at the Harvard Kennedy School; Faculty Co-Chair of the HKS Arctic Initiative and Decarbonization in China research endeavors; and a Senior Lecturer in Public Policy.

Before joining Harvard Kennedy School in 1979, Mr. Lee spent nine years in Massachusetts State Government as Director of the State's Energy Office and Special Assistant to the Governor for Environmental Policy. He has served on numerous state, federal, and private advisory boards concerning energy and the environment. Mr. Lee is a former Chairman of the Massachusetts Stewardship Council, which oversees state parks and recreation facilities. Additionally, he has worked with private and public organizations, including the InterAmerican Development Bank, the World Bank's International Finance Corporation, the State of Sao Paulo, the U.S. Departments of Energy and Interior, the National Research Council, the Intercontinental Energy Corporation, General Electric, and the U.S. EPA.

Mr. Lee’s research interests surround energy and transportation issues, U.S. climate policy, China's energy policy, and public infrastructure projects in developing countries. He recently published papers on the economic viability of electric vehicles and the impact of climate on infrastructure, as well as case studies on integrating renewables into the electrical grid. Mr. Lee is the co-author of a new book on pathways to decarbonization in China, to be published by Cambridge Press in late 2020.