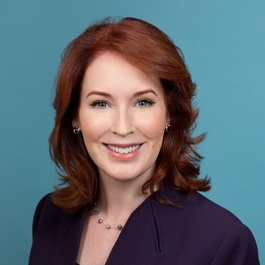 Meghan L. O’Sullivan is the Jeane Kirkpatrick Professor of the Practice of International Affairs and Director of the Geopolitics of Energy Project at Harvard Kennedy School. She is also the Chair of the North American Group of the Trilateral Commission. Her third book, Windfall: How the New Energy Abundance Upends Global Politics and Strengthens America’s Power, was published by Simon & Schuster in September 2017.

Dr. O’Sullivan has extensive experience in policy formulation and in negotiation. Between 2004 and 2007, she was Special Assistant to President George W. Bush and Deputy National Security Advisor for Iraq and Afghanistan during the last two years of her tenure. There, she helped run two strategic policy reviews: one on Afghanistan in the summer of 2006 and one on Iraq in late 2006 and early 2007, which led to the “surge” strategy. In her job at the National Security Council, Dr. O’Sullivan was responsible for building consensus around new policy directions in Iraq and Afghanistan, as well as overseeing their execution. Dr. O’Sullivan spent two years from 2003-2008 in Iraq, most recently in the fall of 2008 to help negotiate and conclude the Status of Forces Agreement (SOFA) and strategic framework agreement between the United States and Iraq. During an earlier posting in Baghdad, O’Sullivan also helped negotiate the Transitional Administrative Law, which was the interim constitution of Iraq from 2004-2006.

From July 2013 to December 2013, Professor O’Sullivan was the Vice Chair of the All Party Talks in Northern Ireland. These negotiations sought to resolve issues that have been persistent obstacles to achieving a more durable peace in Northern Ireland since the 1998 Good Friday Agreement. Other positions held by Dr. O’Sullivan also included Senior Director for Strategic Planning and Southwest Asia in the NSC in 2004; Political Advisor to the Coalition Provisional Authority, Administrator and Deputy Director for Governance in Baghdad; Chief Advisor to the presidential envoy to the Northern Ireland peace process; and a Fellow at the Brookings Institution.

Professor O’Sullivan is on the board of Raytheon Technologies and the Board of Directors of the Council on Foreign Relations. She is also a member of the International Advisory Group for the British law firm, Linklaters, a Columnist for Bloomberg Opinion, a Consultant to energy companies, and a Senior Advisor at WestExec Advisors. She is a Trustee of the German Marshall Fund, the International Crisis Group, and the Friends of Inter Mediate, a UK-based non-profit focused on the most complex and dangerous world conflicts. She is a member of the board of The Mission Continues, a non-profit organization to help veterans. She is also on the advisory committee for the Women’s Initiative at the George W. Bush Institute. She was a Henry Crown Fellow from 2015-2017 and a Henry Luce Fellow from 1991-1992.

Professor O’Sullivan has written several books and many articles on international affairs. She has been awarded the Defense Department's highest honor for civilians, the Distinguished Public Service Medal, and three times been awarded the State Department's Superior Honor Award. In 2008, Esquire Magazine named her one of the most influential people of the century. O’Sullivan earned a Bachelor’s Degree from Georgetown University, a Masters of Science in economics, and a Doctorate in politics from Oxford University.