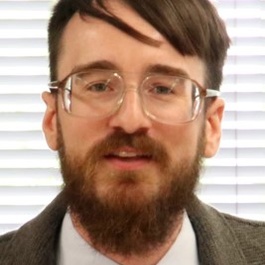 Stephen Herzog is a Ph.D. candidate in Political Science at Yale University and a Predoctoral Research Fellow with the International Security Program/Project on Managing the Atom. He focuses on nuclear arms control, deterrence, and proliferation. His research draws on archival methods, elite interviewing, and survey experiments. Stephen also holds fellowships with the Yale Project on Japan's Politics and Diplomacy and the Pacific Forum of the Center for Strategic and International Studies (CSIS).

Prior to Yale, Stephen worked on arms control and nonproliferation issues at the U.S. Department of Energy’s National Nuclear Security Administration (DOE/NNSA) and the Federation of American Scientists (FAS). His responsibilities at the former dealt with Comprehensive Nuclear-Test-Ban Treaty (CTBT) verification, dual-use chemical and biological weapons export controls, and pre-detonation nuclear forensics. He has led U.S. technical delegations across the Caucasus, Central Asia, Europe, the Middle East, South Asia, and Southeast Asia.

Stephen holds an M.A. and M.Phil. in Political Science from Yale, an M.A. in Security Studies from Georgetown University, and a B.A. in International Relations from Knox College. He has extensive international experience spanning over 90 countries. His academic writing is published or forthcoming in the Journal of Politics, International Security, Energy Research & Social Science, the Nonproliferation Review, and the Journal for Peace and Nuclear Disarmament. His public affairs commentary has been featured in Arms Control Today, the Bulletin of the Atomic Scientists, the Financial Times, The Hill, The National Interest, and War on the Rocks.