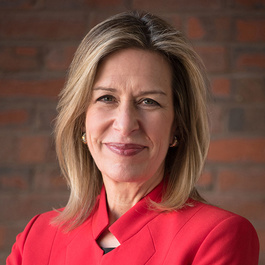 Prior to returning to Harvard and the Belfer Center, Sherwood-Randall served as Deputy Secretary at the U.S. Department of Energy from October 10, 2014 to January 20, 2017. In her capacity as Deputy Secretary, she was the Department's chief operating officer, overseeing a budget of nearly $30 billion and a workforce of more than 113,000 people. She provided strategic direction for DOE's broad missions in nuclear deterrence and proliferation prevention, science and energy, environmental management, emergency response, and grid security. While at DOE, she developed and implemented a new approach to fulfilling the agency's growing responsibilities for grid resilience and emergency response to meet evolving natural, physical, and cyber threats.

Earlier in the Obama administration, she was the White House Coordinator for Defense Policy, Countering Weapons of Mass Destruction, and Arms Control in 2013-2014, with responsibility for U.S. defense strategy, policy, and budget planning. She served from 2009 to 2013 as Special Assistant to the President and Senior Director for European Affairs at the National Security Council, with responsibility for advising the President and leading the interagency process on U.S. policy toward 49 European countries, NATO, the European Union, and the OSCE.

In the Clinton administration, Sherwood-Randall served as Deputy Assistant Secretary of Defense for Russia, Ukraine, and Eurasia from 1994 to 1996. She led the effort to denuclearize three former Soviet states, for which she was awarded the Department of Defense Medal for Distinguished Public Service and the Nunn-Lugar Traiblazer Award.

Sherwood-Randall has worked at the Kennedy School on two prior projects. She was a Founding Principal of the Harvard-Stanford Preventive Defense Project, where she collaborated with current Belfer Center Director Ash Carter from 1997-2008. Between 1990-1993, she was Associate Director of the Belfer Center's Strengthening Democratic Institutions Project, which she co-founded with former Center Director Graham Allison.

Sherwood-Randall attended college at Harvard and then earned a graduate degree at Oxford University, where she was among the early ranks of female Rhodes Scholars. After finishing her education, she began her career working for then-Senator Joe Biden as his chief advisor on foreign and defense policy. She has also worked at Stanford University, the Council on Foreign Relations, and The Brookings Institution.

Born and raised in California, she is married to Jeffrey Randall, a neurosurgeon, and they have two college-aged sons.