Solar panels are installed at a floating photovoltaic plant on a lake in Haltern, on Friday, April 1, 2022. As a result of Germany's weak technology-push policies aimed at the photovoltaic industry, the majority of the industry's 130,000 jobs are installer jobs, which are less skilled, less secure, and lower-paid than manufacturing jobs.

Policymakers guiding their economies to a low-carbon, prosperous future must strike the right balance between technology-push and demand-pull. The rapid build-out of solar photovoltaics (PV) in recent years has revealed the benefits of generous demand-pull policies, but also their limits. Here, we show why combining robust demand-pull and technology-push policies results in more effective policy mixes that go beyond innovation and deployment to help competitive domestic industries create more and better jobs.

How could a country that receives as little sun as Alaska become an early leader in PV deployment? For Germany, the answer was a policy mix featuring a generous feed-in tariff that handsomely rewarded PV adopters for the solar electricity they contributed to the grid. Back in 2007, Germany became the first country to install more than 1,000 megawatts of PV—roughly the capacity of a nuclear power plant—in a single year. However, the same policy mix failed to create and sustain a domestic industry encompassing the entire PV value chain. Even at their peak, German firms produced just 25% of PV modules globally; today, the figure has sunk below 3%.1 Moreover, the majority of the 130,000 jobs in the PV industry were installer jobs, which were less skilled, less secure, and lower-paid than manufacturing jobs. When new installations faltered, jobs quickly fell too. So, what can we learn from Germany’s rollercoaster ride? Could the country have done better with a slightly different policy mix?

In our new research,2 we explore this question with a “history-friendly” model that simulates the evolution of PV in Germany between 1990 and 2016. We use our model to evaluate policy mixes that
place different emphases on the feed-in tariff (known as “demand-pull”) and public spending on research and development (R&D) (“technology-push”).

In this article, we zoom in on two scenarios:

Figure 1 shows the key outcomes of simulating both scenarios. 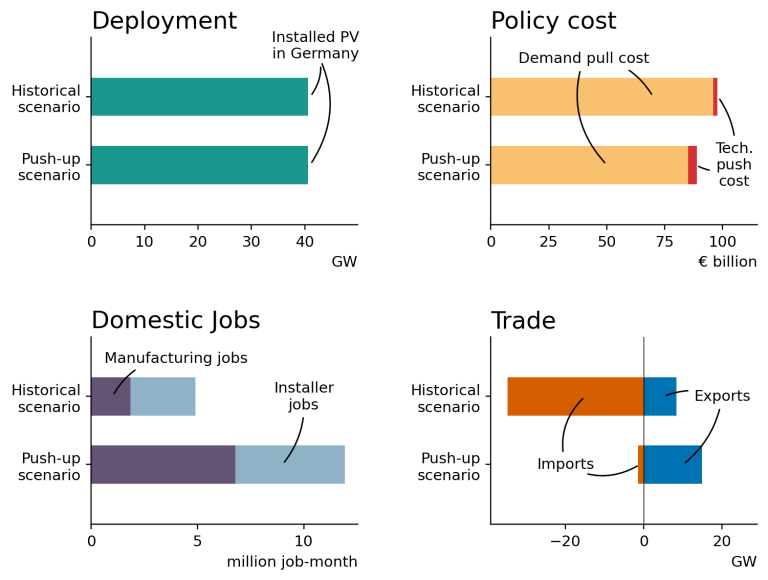 Figure 1. Key policy outcomes. Values are the median of 50 simulations of each scenario.

More push + less pull = same deployment. Demand-pull policies are essential for accelerating the deployment of new technologies. Without them, critical innovations for mitigating and adapting to climate change would never make it out of the lab. At the same time, early-stage technologies rarely come cheap, so kickstarting demand calls for generous demand-pull measures—but that can lead to snowballing costs as technology adoption takes hold. That’s why governments aiming for deployment goals are tempted to concentrate their scarce resources on demand-pull policies. Germany did just that, allocating many times more funds to demand-pull measures than it did to technology-push policies. However, our simulations show that there is a better way to achieve the same deployment. We find that, with slightly lower incentives for adoption but more generous public spending on R&D, Germany could have achieved the same overall PV installations at lower policy costs.

A strong technology-push policy helps create more and better jobs. The impact of technology-push policies goes beyond accelerating knowledge production. Increasing public spending on R&D improves firms’ skills at creating and absorbing cutting-edge knowledge, making them more competitive and driving down technology costs.3 We find that if Germany had channeled more public spending into R&D, its PV module manufacturers would have been more competitive, grabbing larger shares of the domestic and foreign markets and creating more manufacturing jobs. Our simulation results suggest that, driven by a stronger technology-push policy, Germany’s domestic PV industry could have created twice as many jobs, with half of those jobs—instead of just one in three—being steadier and better-paid manufacturing jobs.

Protect domestic jobs with robust technology-push policies. Generous demand-pull policies can attract international competitors who make it harder for the domestic industry to flourish. For example, based on historical trade data, every second PV module installed in Germany was produced abroad. Robust technology-push policies—rather than ineffective trade tariffs4—help domestic firms become more competitive both at home and abroad, which stops jobs moving overseas. We find that more public spending on R&D and a slightly meaner feed-in tariff would have led to fewer imports and more exports of PV modules and reverted Germany’s trade balance on PV modules.

Only robust technology-push and demand-pull policies can bring technological change. Besides the historical and push-up scenarios, we studied 45 other policy mixes with different emphases on push and pull policies. We found that there are important tipping points in the economy, and that if policies stop short of these points, they won’t induce much technological change. But robust technology-push and demand-pull measures together push the economy closer to tipping points where minor changes to policies like public spending on R&D or the feed-in tariff can lead to major advances in technology innovation, deployment, and job creation.

When deciding on technology policy, look beyond innovation and deployment. A low-carbon future depends on new technologies, but it still can’t happen without new industries and jobs. Focusing too narrowly on innovation and technology deployment can lead to technology-push/demand-pull combinations that inadvertently compromise job creation and international competitiveness.

Complex problems need complex tools. Tipping points in the economy can lead to vastly different outcomes from even minor tweaks to policy. As a result, cost-benefit analyses based on linear extrapolations can grossly underestimate policy impacts. Instead, use simulation models that capture the complex interactions in the economy to support better evidence-based policymaking.

[3] See Joern Hoppmann (2022) “Hand in hand to Nowhereland? How the resource dependence of research institutes influences their co-evolution with industry.” Research Policy, 50(2), p.104145.