President Donald Trump, Secretary of Defense Mark Esper, Chairman of the Joint Chiefs of Staff Mark Milley, and others walk in Lafayette Park to St. John's Church across from the White House during protests Monday, June 1, 2020, in Washington.

The recent turns of events in the United States, in cities across our great country, have caused within me feelings of dismay and disappointment.

As an African American man, the feelings of inadequate and unfulfilled justice that I have felt for too many years of my life come again to the fore. And, as a retired career military officer from the family of a retired career military officer, I see again the threat of the use of the active duty military force on the streets of America, and I see the manipulation of the image of the military by our President. Dismay and disappointment.

Dismay, because I remember too many personal encounters with issues of racism, explicit and implicit, that I hoped I would never see again. Issues that I hoped America had outgrown. And yet, I have seen them again, and the grim consequences of them in the forms of deaths and injuries and physical destruction and emotional upheaval and challenges to the Constitution.

On my journey, there have been many episodes, painful to remember. In my youth as a military child, in my time at West Point, and in my military career, even during my time as an Army general, I was personally impacted by explicit and implicit bias, as was my father, as were my grandfathers and their fathers. And I observed injustices perpetrated against others, as so many are now witnessing, again, reminding me of the continuing work of becoming “a more perfect union.” This part of American culture, this inherent bias, must go away for good.

Disappointment, because a sacred trust has been breached.

It is the sacred trust that makes the U.S. military reliable as a protector of the American constitutional democracy, and both the envy of other militaries around the world as well as the honor of being one of the most trusted institutions in America. That sacred trust is a two-way trust.

First, it is a trust that the military, especially the active duty military – “the regulars” – possessing great physical power and holding many key levers that could end freedom in our society and could shut down our government, would never, never apply that power for domestic political purposes. This is particularly important since the end of the Civil War. It is unconscionable. And, second, that the elected leaders of the United States, holding the power to commit the military into action upon their orders, would never, never put the military into a position where personal benefit or political gain would be the outcome. That too was unconscionable, until this week.

The recent actions by the President of the United States, in threatening the commitment of active duty troops for law enforcement if governors were not tough and did not “dominate the streets,” and in maneuvering the two most senior leaders of the U.S. military - the Secretary of Defense and the Chairman of the Joint Chiefs of Staff - into a position that politicized them by their presence during a time of active demonstrating and contested crowd control, breached this sacred trust.

It is this sense of breach that is drawing retired senior military officers, including me, to communicate deep concern publicly – something that is anathema to the professional military culture and is recognized by those who communicate as being also dangerous to good governance and proper civil-military relations. That I and others have done so should serve as an alarm to the people of the United States.

The breach of this relationship of trust puts at risk our national security if Americans believe their military has become a domestic political instrument. And, it puts at grave risk our credibility abroad.

I was on the ground in Baghdad and Basra, Iraq in 2010 as free and fair elections occurred, and I heard people on the streets say it was the first time the Iraqi Army protected the voters instead of the politicians.

I was in Cairo, Egypt in 2012 along with the U.S. Ambassador, on the day that Mohamed Morsi became the first democratically elected President of Egypt.

I was in Bangkok, Thailand in 2014 weeks and again days before the government collapsed into a military coup.

And I was in Seoul, South Korea in 2017 when protestors took to the streets demanding and then witnessing the impeachment and removal from office of President Park Geun Hye.

In every case, I was with the most senior military leaders of that country, strongly encouraging and even admonishing them to keep their regular military forces out of the mix and off of the streets. In some cases we succeeded and in some we did not, but in each, our endeavors were born of a spirit of what democracy demanded from the military that serves it. And in those cases of failure, the sanctions visited upon the militaries who took control of the government and the society reflected American foreign policy following American principles of democracy. We had no leverage greater than our example. From Tiananmen Square to Tahrir Square, America was preaching what it was practicing.

Statements and views expressed in this commentary are solely those of the author and do not imply endorsement by Harvard University, the Harvard Kennedy School, or the Belfer Center for Science and International Affairs. 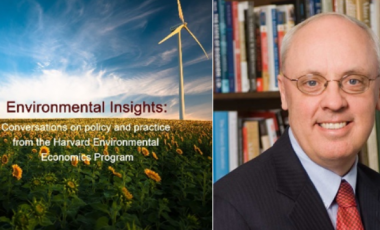 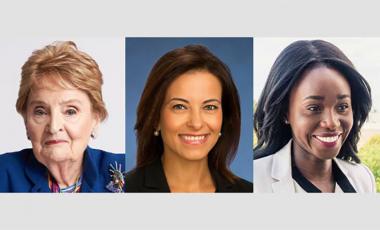 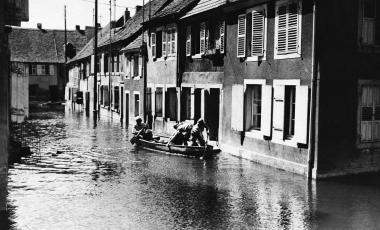