Instituting a Price Cap on Russia's Oil: Q & A with Professor Catherine Wolfram

Editor’s Note: Catherine Wolfram, former Deputy Assistant Secretary for Climate and Energy Economics at the Treasury Department, co-authored a Belfer Center policy brief explaining the recent G7 price cap on Russian oil. In an interview with Belfer Center Communications Fellow Ada Eziokoli, she explains that the novel plan keeps Russian oil on the market, but helps limit the revenues Russia gets from the oil trade to use in the war on Ukraine.

The price cap, championed by the Group of Seven, comes into force with the goal of limiting Russia’s ability to fund its war in Ukraine. Wolfram, Simon Johnson, and Lukasz Rachel released a policy brief providing insights into the economics behind the price cap. Wolfram was also a guest speaker at the ENRP, MRCBG and HUCE Energy Policy Seminar on Dec. 5, with Ben Harris, Assistant Secretary for Economic Policy at the U.S. Department of Treasury.

AE: Russia has been sanctioned in several ways, including freezing of Russian central bank reserves. Why do you believe those sanctions, prior to this price cap, have so far been ineffective?

Catherine Wolfram: I wouldn’t call them ineffective. I do think that the administration would argue that we’ve really stopped the export of important, for example, semiconductors, which are important materials to Russia. And I think all the reporting suggests that Russia is just not able to continue making ammunitions at the same level. So, I think we are having an effect on Russia. But even before the war, Russia got so much money from exporting oil and natural gas. Their exports of fossil fuels are a huge part of their overall economy. Before the war, about 45% of the Kremlin's revenues were from the taxes on the exports of fossil fuels. To cut off the funding to the Kremlin for the war, it seemed important to address that flow of money that was coming from the sale of fossil fuels.

AE: This price cap is a novel policy. What was involved in coming to the conclusion to institute a price cap?

Catherine Wolfram: We saw that the existing approach to sanctioning countries that are more major oil exporters wasn't going to work for Russia. Historically, for instance if you take the case of Iran or Venezuela, they had export bans on them so that they could not export oil, enforced by US secondary sanctions or UN sanctions. But in terms of scale, Russia is just much, much bigger, and has a much bigger share of the world's oil markets. It's the biggest exporter of oil. In numbers, Iran has been at most 2% of oil markets. Russia's more like 10%. The typical approach of just saying, no, we're not going to buy oil from Russia seemed like it would lead to very large price increases and probably throw the world into a global recession. The price cap is this kind of middle ground where you're not banning it explicitly, you’re keeping the oil on the market, but trying to limit the revenues that Russia gets from the oil trade.

AE: Ben Harris, Assistant Secretary for Economic Policy at the U.S. Department of Treasury, said in your seminar today that to understand the price cap you must understand the sixth package. How do you see these two sanctions working together to change the face of what Russia can do?

Catherine Wolfram: The EU sixth package was closer to an outright export ban. And the sixth package did two things. Effective December 5th, the EU will no longer import Russian crude, and then effective February 5th, it won't import Russian petroleum. The second thing that it did is it said not only are we going to stop what the EU buys from Russia, but we want to stop EU companies from providing services for Russian oil sales. If that Russian oil that used to go to the EU is redirected elsewhere, we don't want it to go on using EU services.

So even if it's India buying Russian oil, we don't want it to be financed by a European bank. We don't want it to be insured or reinsured by a German insurance company. There were different estimates of how many barrels of Russian oil that would take off the market, but it would make it very hard for Russia to redirect the oil that it used to sell to Europe, to other countries. What the price cap does is basically provides a release valve to those sanctions if the trade that you're insuring happens below the price cap.

AE: How do you implement and monitor this?

Catherine Wolfram: First, if the trade does not involve G7 services, it's fine. It can happen at any price. But we do think that the price cap will provide leverage for those trades, that even if they're not involving G7 services or EU services, there'll be downward pressure on those prices. For the trades that do involve those services I think compliance and monitoring are super important. I think we should be giving extra funding to OFAC [the Office of Foreign Asset Control, within Treasury] the Office of Naval Intelligence, to the intelligence community to try to get much better visibility.

The other thing that's going in our favor though are economic incentives. Basically, everyone involved in that trade other than Russia wants the price to be low. Importers don't want to pay more to Russia. The service providers want to comply with the sanctions; they don't want to be at risk of a sanctions violation.

AE: Some have pointed out that the price was higher than what some of Ukraine's closest allies would've wanted, for instance, Poland. If you were speaking to these allies, what would be your reassurance or your advice?

Catherine Wolfram: If we could ensure that Russia would continue selling all the oil that it would at $60, at $30, then $30 is definitely a better price because they're getting less revenue. The problem with $30 is that we can't ensure that, and the problem with $30 is that at that price, Russia's incentive not to sell, like to keep 2 or 3 million barrels a day off the market, goes up. If that happens, the rest of the world, like Brent Oil prices, global oil prices would go up a lot potentially. I think people miss the fact that Russia's incentive to sell oil is a declining function of the level of the price cap. The lower the price cap is, the lower Russia's incentives to continue selling oil are. 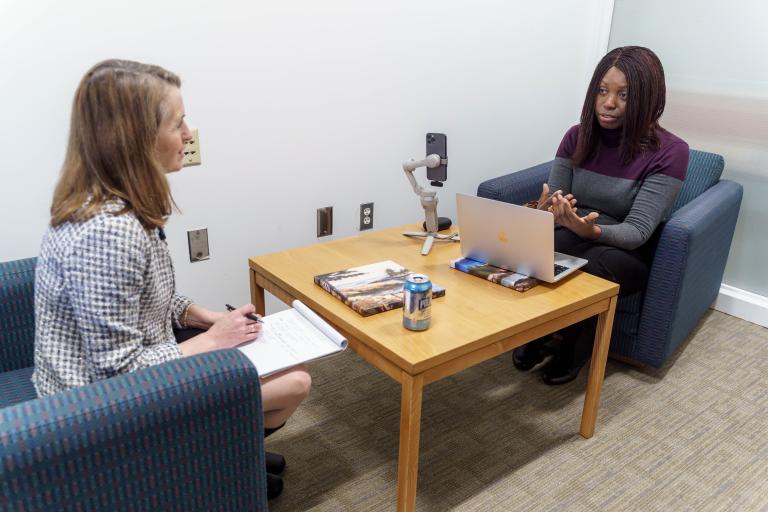 AE: How do you see Russia navigating this?

Catherine Wolfram: Maybe if I were Russia, I would do a couple trades at a very low price and then claim that the price cap wasn't even binding because I was selling oil for less than that already. And so, you kind of save political face because the G7 isn't dictating how you trade your oil. The oil is just trading. But you still get G7 services. You can still navigate your way through the EU import ban. And then that lets them say “We are the ones that are helping the Indian buyers and the other countries. It's not the G7 that's helping them.”

AE: What do you think are the effects in terms of other OPEC countries who have relationships with the G7 looking at this as a precedent for the future?

AE: When you think about the policy brief that you and your colleagues have just published, what is the impact you're hoping this will have on this conversation?

Catherine Wolfram: As far as taking revenue away from Russia, this is huge. We've hurt their military capabilities with some of our export bans. We, as you mentioned, froze the assets of the Central Bank of Russia, but I think this is really a big hole in their pocketbook that we've created, and we're taking money away from them. There's a lot of misunderstanding of it and assertions about it that are inconsistent with what's going on. So, we literally wanted to spell it out and explain the economic concept behind the price.

AE: In the long term, what is it that you want to see, and do you think this might prompt a conversation that nobody thought would happen?

Catherine Wolfram: I do think that it's already putting downward pressure on the prices that Russia's selling its oil for. So, to that extent, it's been a success. It's hard to pay soldiers, it's hard to buy artillery if you don't have money. So, taking away the means to conduct the brutal war is really the name of the game.

This Article is Featured in the 2022 Fall newsletter »