The Iranian elite and the nuclear negotiations: My reflections from Iran

I recently returned from Tehran where I spent more than six weeks exploring possible avenues of collaboration and research between the Belfer Center’s new Iran Project and major Iranian universities and research institutes.  My visit allowed me to interact with a broad segment of Iranian society as well as both the moderate and hardline members of the ruling elite within the highest institutions of the Islamic Republic.  Engaging in dialogue with the Iranians and hearing their diverse voices contributed to one of the main objectives of the Iran Project—to gain a more nuanced and first-hand understanding of the complexities of Iranian state and society.  In this piece, I intend to share some of my key observations from the trip that concern the current nuclear negotiations. 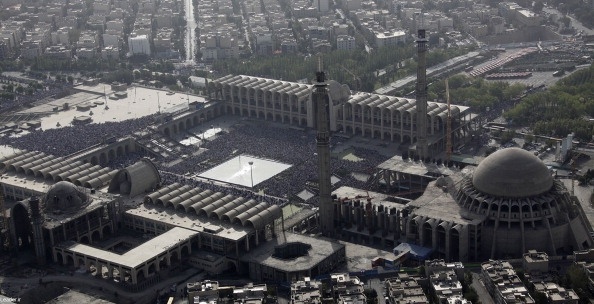 First, my discussions with the Iranians further highlighted the significant gap between Iranian and U.S. narratives of the country’s nuclear program and how it should be limited in the future.  For Iranians, the red line no longer appears to be domestic enrichment capacity but rather the full nuclear fuel cycle for the production of nuclear energy on an industrial scale.  This narrative is embedded within a rights discourse and based on ideas of independence, self-sufficiency, and scientific advancement. More importantly, the narrative generally holds constant across factional lines irrespective of whether one is a moderate or hardliner.  Elites from both camps seemed supportive of negotiations and the peaceful resolution of the nuclear issue; however, this was true only as long as this narrative and understanding of Iran’s nuclear ambitions were respected.  In this light, Ayatollah Khamenei’s July 7th speech calling for 190,000 SWU for uranium enrichment was not that surprising.

Second, I perceived the Iranians to be very confident about their rising power and regional standing, and there was no sense of urgency or need to compromise and resolve the nuclear standoff.  They believed to have gained much from the regional turmoil, including in Syria and recently in Iraq with the rise of ISIS.  This perception was particularly striking during my discussions with leading conservative figures of the state.  Most elites also discussed the sanctions as an opportunity and divine gift for economic development and self-sufficiency—a threat that could be handled and overcome.  The main difference between moderates and hardliners was that the latter were more skeptical of the utility of nuclear negotiations and the benefit of cooperating with the United States on regional matters.

Third, evidence that sanctions had crippled the Iranian economy was not visible to me.  In fact, just the opposite, signs of wealth had actually increased since my visits to Iran prior to the enactment of international sanctions, such as the increased construction of luxury condominium high-rises and the growing prevalence of foreign luxury cars in the streets.  This is not to say that the average Iranian is not experiencing greater economic difficulties or coping with a sharp rise in living expenses.  In part, a cultural change towards greater consumerism and ostentatious wealth is occurring while the rich are growing richer.

Finally, it was becoming more evident during my stay that the nuclear negotiations would be further exacerbated by the domestic political game in Iran.  As the possibility that the negotiations will not be successful in the near future rises, the hardliners will begin to constrain and weaken the Rouhani administration.  All factions have their eye on the 2016 parliamentary elections, and the nuclear negotiations will be a key issue that will shape the coming competition.  It will need to be seen how an extension is managed, if possible, once the next negotiations deadline approaches in November.

The Rouhani administration will certainly seek to extend the negotiations for the medium-term.  A collapse of negotiations will present a significant setback for Rouhani and the moderates and will weaken their hand domestically in governance.  The hardliners, on the other hand, will stand to gain either if the talks collapse or if they are extended; extensions cannot be indefinite and will come at a political cost.  And much will depend on the terms by which an extension is reached.  The worse the negotiations proceed, the more the hardliners will benefit in both the nuclear arena and in the domestic political game—an ironic “win-win” outcome for the hardliners given Rouhani’s slogan for a “win-win” deal between the U.S. and Iran.