The war in Iraq was a strategic miscalculation and the single greatest blow to American power and prestige since Vietnam. I supported the initial invasion in 2003 while serving as US ambassador to NATO, but have long since been convinced that any good from it was far outweighed by the sacrifices of our soldiers and the significant damage to our international credibility.

We must never forget the human cost of the war. We lost 4,500 young American men and women. Hundreds of thousands of Iraqis were killed, wounded, and made homeless. Also, the war cost close to $1 trillion at a time we could ill afford it. And, when it became clear that the stated reason for our invasion was blatantly and inexcusably wrong, we lost any hope of international support as well as the trust of our own people. Furthermore, our occupation had the ironic effect of strengthening the radical government of neighboring Iran, a much more dangerous foe than Saddam Hussein ever was to us. Finally, Abu Ghraib and Guantanamo did lasting damage to America’s reputation among the world’s more than 1 billion Muslims.

As we reflect on the war, we should remember the valor of our soldiers. Their invasion and defeat of Saddam Hussein was brilliantly conceived and executed. But, we asked too much in ordering them to occupy a hostile country for nearly a decade and to be exposed to vicious roadside bomb attacks by both Shi’ite and Sunni terrorists. They did their best under extraordinarily difficult circumstances.

Our war effort did deliver Iraqis from the tyranny of Saddam’s dictatorship, but they will need our help in the years ahead as they confront continuing sectarian and tribal divisions. President Obama was right to bring the troops home, but we have a moral responsibility to stay engaged politically and economically so that Iraqis are not left alone to nurture the seeds of freedom and democracy in the sands of the Middle East.

There are two important lessons to consider. First, the wars in Iraq and Afghanistan have tied us down for 10 long years and deflected our attention from the far more important challenge of China’s threat to American power worldwide. Second, while the use of brute strength is sometimes necessary in an often cruel and violent world, it can also backfire as it surely did in Iraq. America must now return to a smarter foreign policy - as we seek to outwit our enemies as well as outlast them through the patient application of diplomacy rather than excessive reliance on the force of arms.

Nicholas Burns is a professor of the practice of diplomacy and international politics at Harvard’s Kennedy School of Government. His column appears regularly in the Globe. 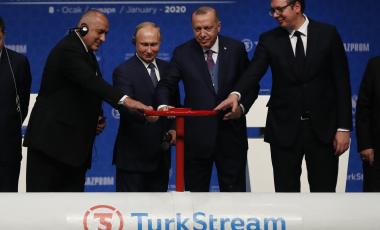 In the next 10 to 20 years, the energy transition will create opportunities for petrostates to wield significant geopolitical and economic power, the authors argue. 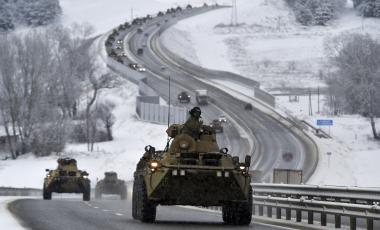 A grand bargain focused on common interests would have the ancillary effect of preventing Russia from becoming a Chinese client state, writes Jolyon Howorth. 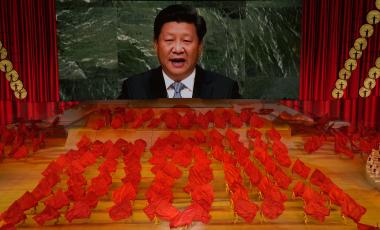 China’s Economic Downturn Gives Rise to a Winter of Discontent

The economic destruction Mr. Xi’s centralization of power has wrought may give his critics leverage that they haven’t had for years, writes Kevin Rudd.