A member of security moves to apprehend a demonstrator at the COP26 U.N. Climate Summit in Glasgow, Scotland, Saturday, Nov. 13, 2021.

Takeaways from COP26 in Glasgow

Following the conclusion of the COP26 climate conference in Glasgow, we asked several of our climate experts for their overall take on the conference and its outcomes:

What were the most positive actions in your view? 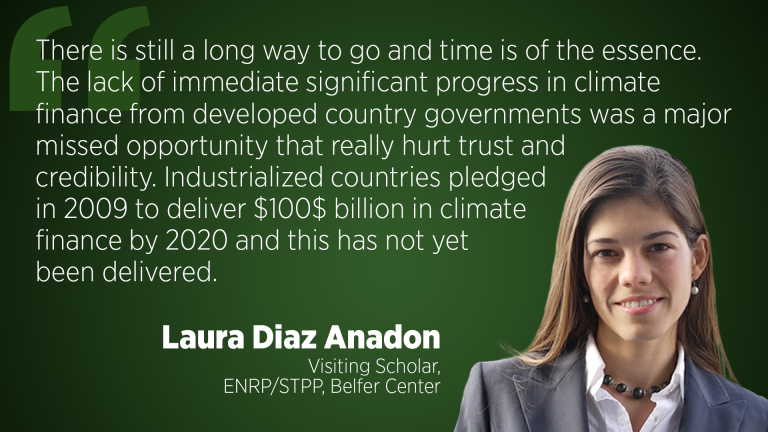 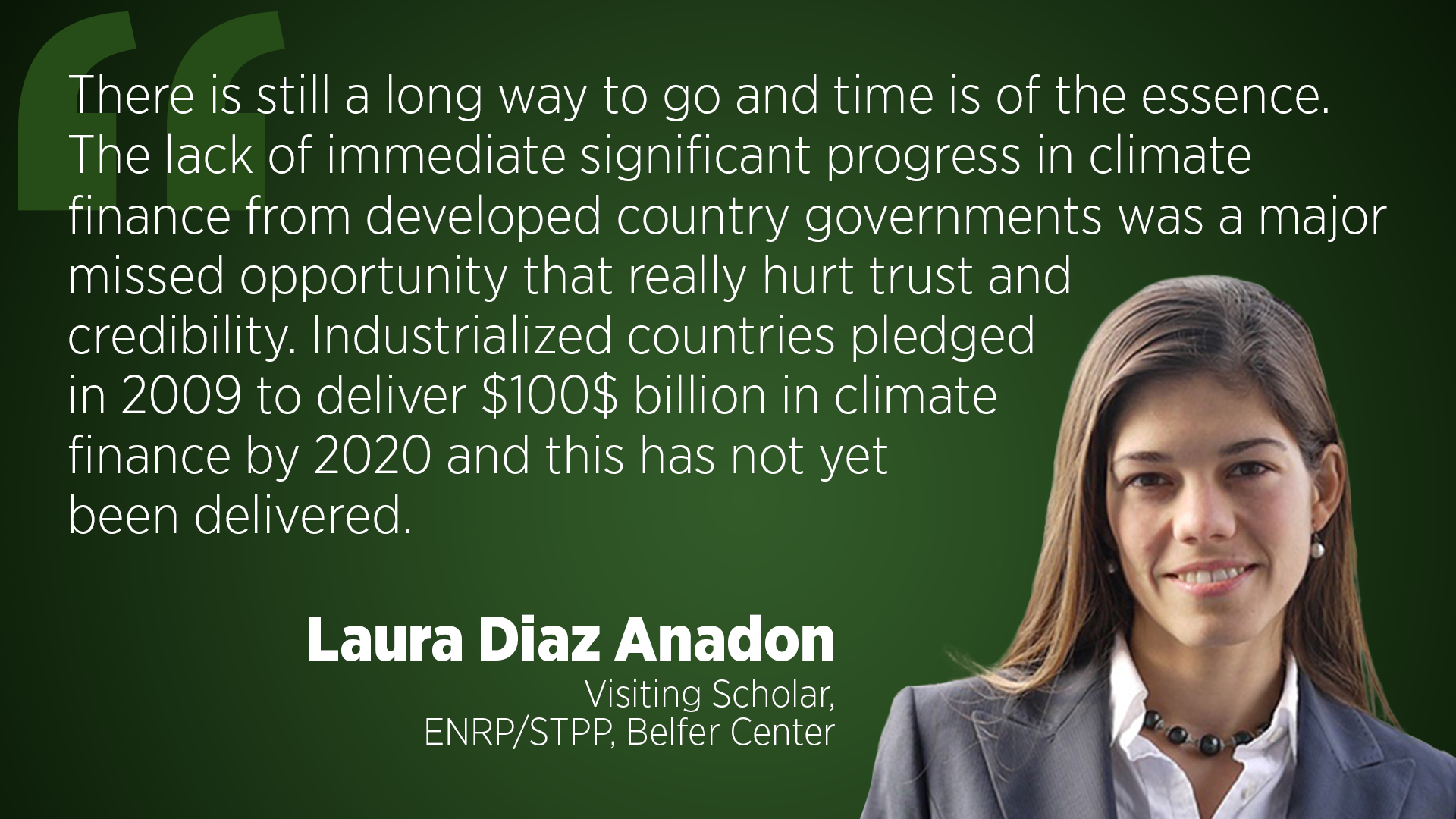 As many have noted and expected, the Glasgow Climate Pact is a necessary but insufficient step forward. What was accomplished? COP26 created pressure for some countries to produce revised NDCs, helped catalyse new pledges to reduce emissions, led to the approval of the rules to govern international cooperation and carbon markets addressing the issue of double counting, and served as the launchpad for some novel initiatives that could play a useful role. Among those initiatives, I highlight one that recognizes the importance of mission-driven strategic investment and government action to lower the cost of technologies to reach carbon neutrality, which would incentivize adoption globally. Known as the Glasgow Breakthroughs, it involves more than 40 world leaders and it lays out five key areas for action. (See this relevant report launched at COP26 to which I contributed.)

But there is still a long way to go and time is of the essence. The lack of immediate significant progress in climate finance from developed country governments was a major missed opportunity that really hurt trust and credibility. Industrialized countries pledged in 2009 to deliver $100 billion in climate finance by 2020 and this has not yet been delivered. This pledge should not just be met as quickly as possible, but governments should go beyond the $100 billion.  There is also insufficient short term action and transparency from governments and financial institutions regarding how they will meet stated goals. 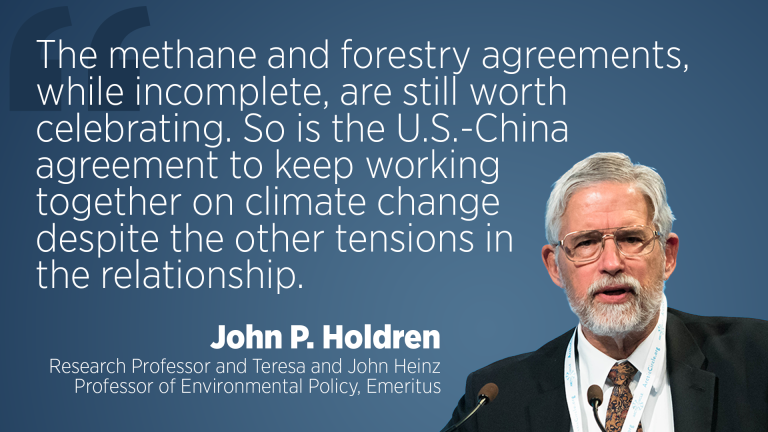 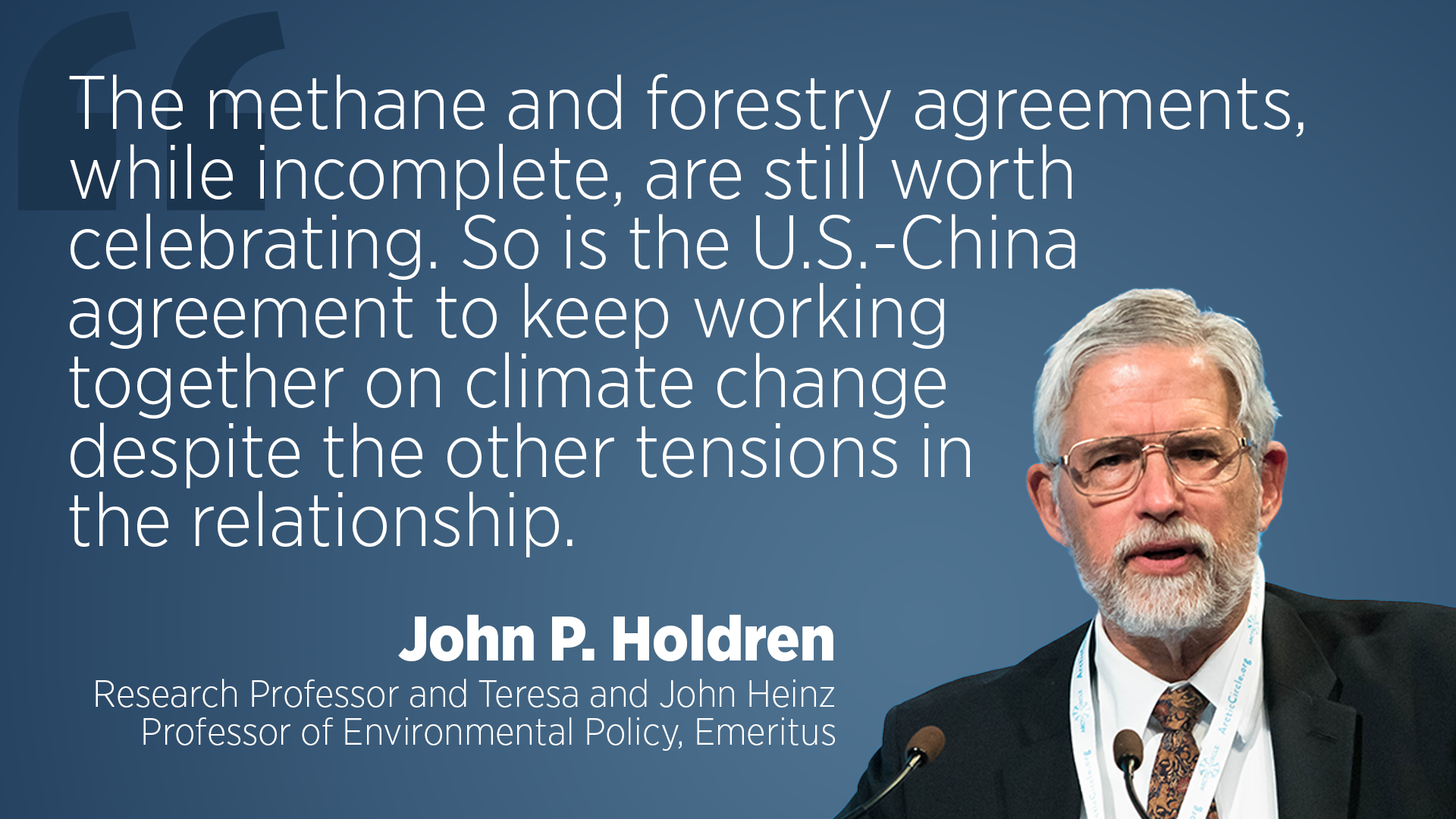 COPs always provide good news and bad news.  So much commentary has focused on the bad from Glasgow that I will focus here on the good.  The methane and forestry agreements, while incomplete, are still worth celebrating. So is the U.S.-China agreement to keep working together on climate change despite the other tensions in the relationship.  That India, Russia, and Saudi Arabia felt enough pressure to announce net-zero targets (albeit hedged ones) is also good news. The gap in financing for countries in need, particularly for adaptation, was not fixed but got a new level of badly needed attention. And U.S. Climate Envoy John Kerry was a peripatetic presence, establishing convincingly that the United States is back. 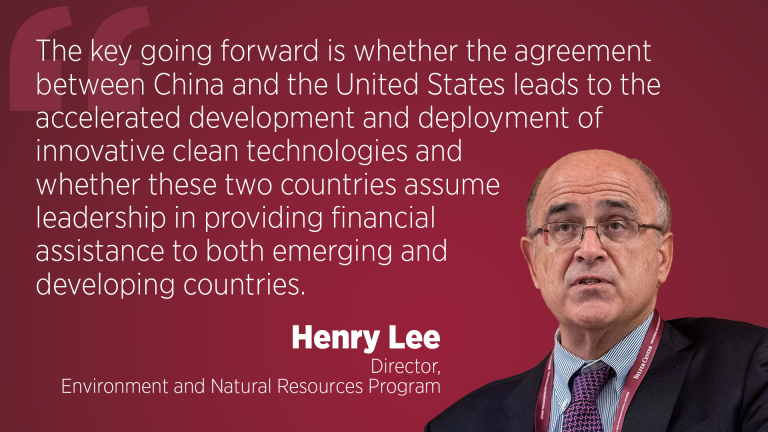 The good news is that the global community has moved beyond the debate on whether climate change is a threat and whether countries must decarbonize their economies and their energy mix. The debate now revolves around the distribution of responsibilities and costs and the design and implementation of the transition. These questions are not easily resolved and thus it is not surprising that there were disagreements. The key going forward is whether the agreement between China and the United States leads to the accelerated development and deployment of innovative clean technologies and whether these two countries assume leadership in providing financial assistance to both emerging and developing countries. 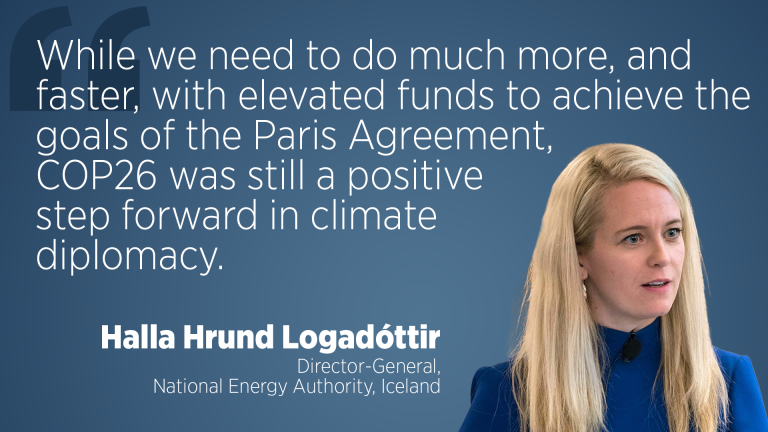 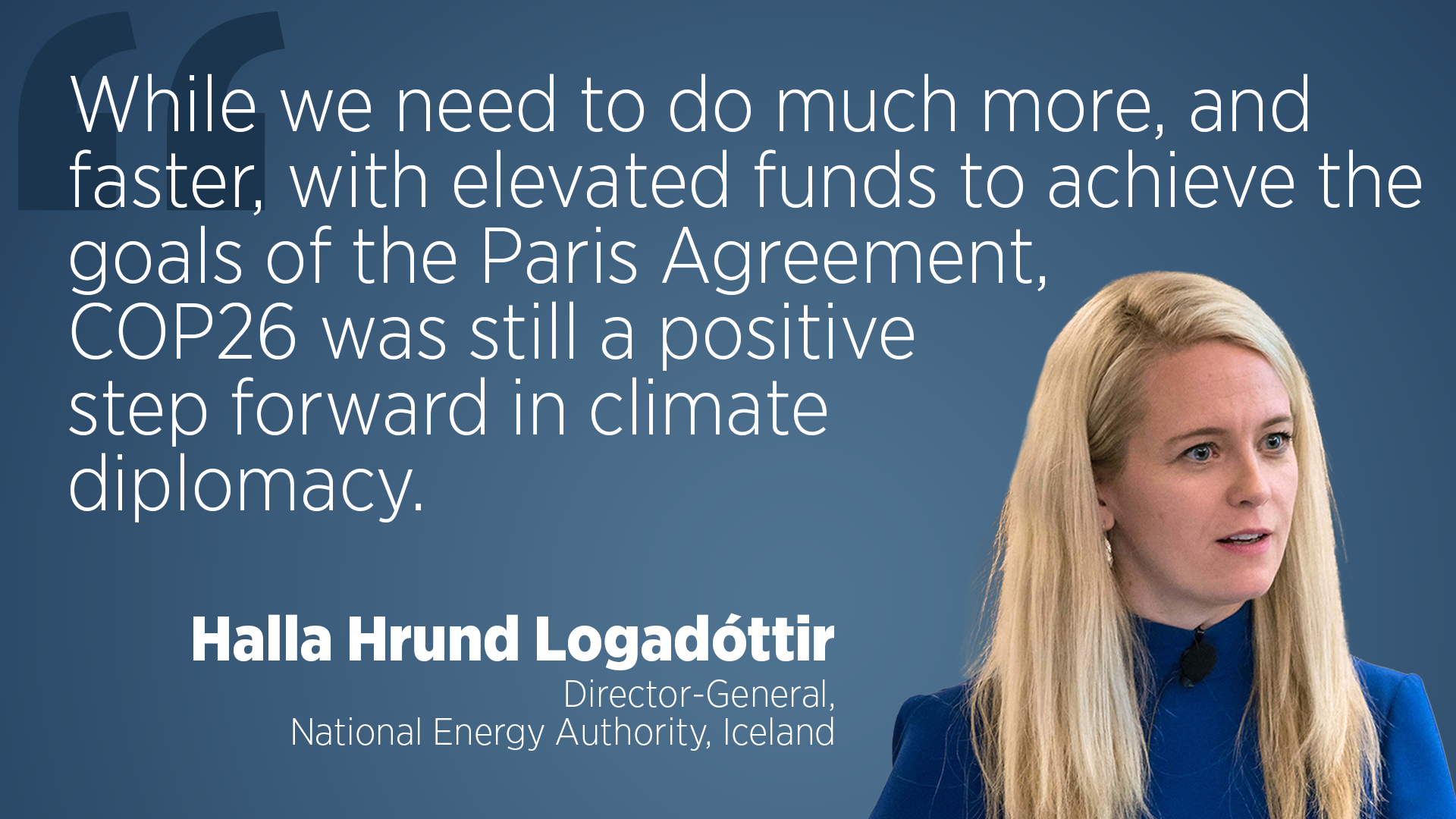 While we need to do much more, and faster, with elevated funds to achieve the goals of the Paris Agreement, COP26 was still a positive step forward in climate diplomacy. What we need now is to keep governments accountable for the implementation of actions and green technologies in their home countries and to make sure that we collaborate on costs so the transition leaves no one behind.

The agreement’s improved reporting mechanisms on both emissions and the NDCs, along with renewed financial commitments and more drive from the private sector, must be used as a springboard to accelerate the pace of our green race. We’ve got no time to lose. 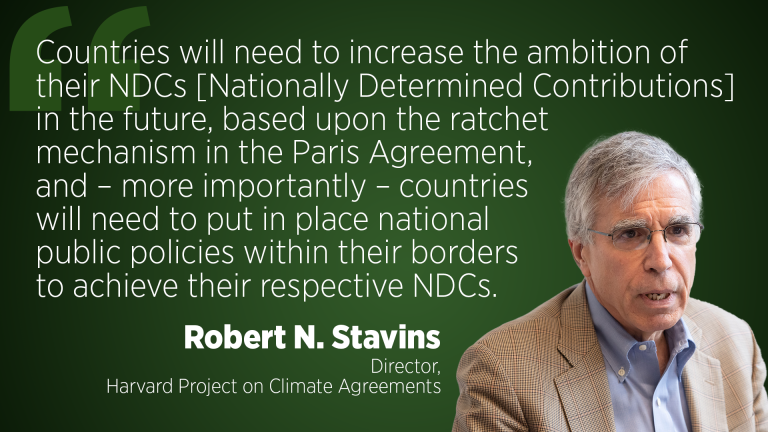 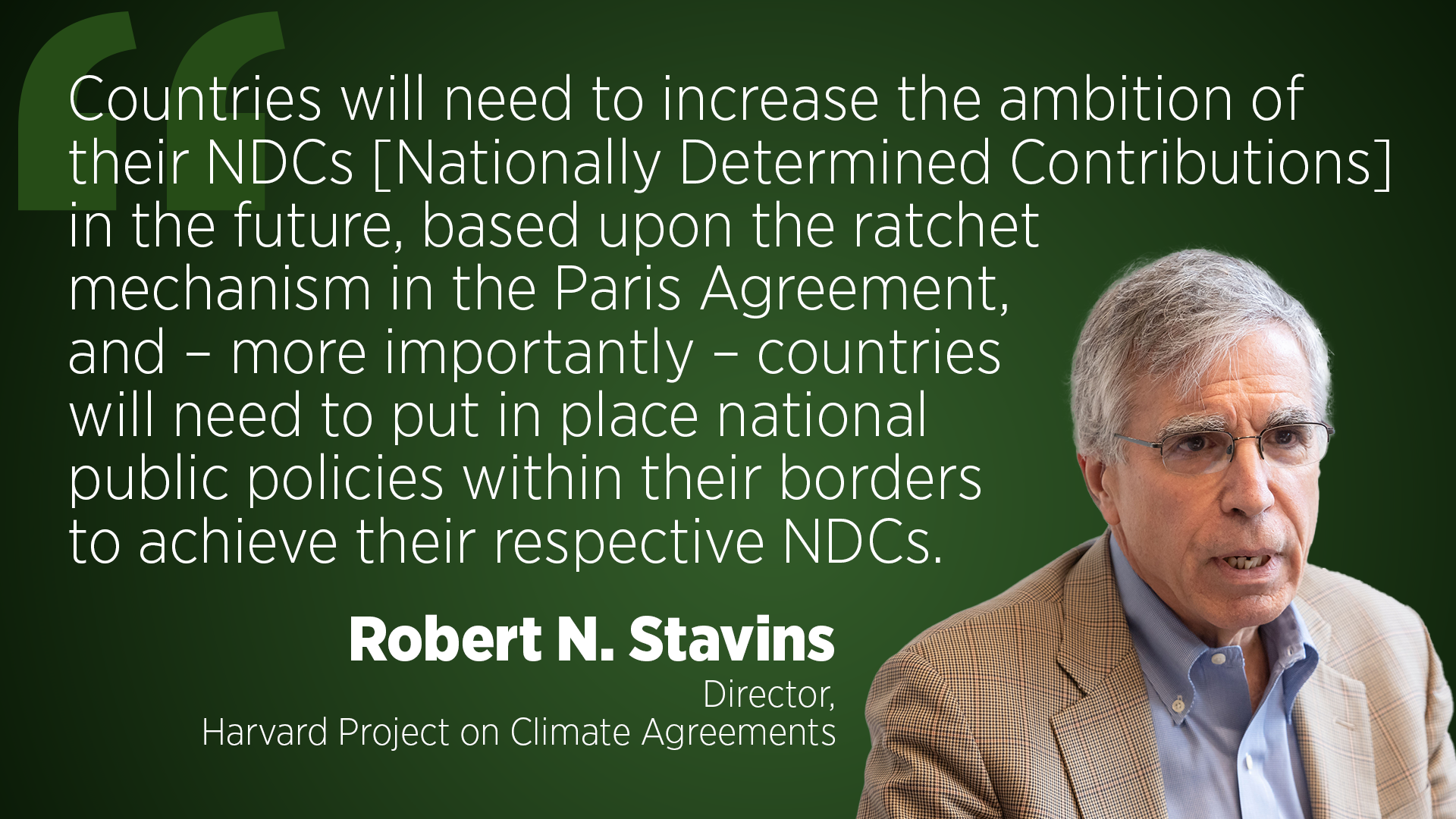 I could name a few positive actions taken, but I will focus on one. Completion of the Rulebook for Article 6 of the Paris Agreement (on the third try at a Conference of the Parties) – this will facilitate Parties to the Agreement financing or otherwise facilitating emissions reductions in the jurisdictions of other Parties to the Agreement, and accounting for this via Internationally Transferred Mitigation Outcomes (ITMOs) and Corresponding Adjustments of Nationally Determined Contributions (NDCs). The result will be dramatically lower compliance costs in some cases, which according to recent research can translate into much greater ambition.

Countries will need to increase the ambition of their NDCs in the future, based upon the ratchet mechanism in the Paris Agreement, and – more importantly – countries will need to put in place national public policies within their borders to achieve their respective NDCs.