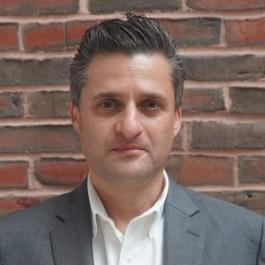 Daniel Sobelman is Assistant Professor of International Relations at Hebrew University of Jerusalem, Israel, where he teaches about coercion, war, and the international relations of the Middle East. His research revolves around asymmetric coercion, specifically in the context of contemporary Middle Eastern conflicts. Daniel is currently completing a book manuscript on asymmetric intra-war deterrence as exemplified in conflicts involving "resistance" actors in the region, including the Lebanese Hezbollah, Iran, Hamas in the Gaza Strip, and Yemen's Houthi rebels.

Prior to joining academia, Daniel completed three years of mandatory service in Israel's military intelligence, following which he joined the Israeli daily Haaretz as Arab Affairs correspondent. In addition, he worked as an Arabic linguist for the U.S. Government's Open Source Center. Daniel also holds a Bachelor's and a Master's degree in the history of the Middle East and Islam, from Tel Aviv University. His publications include, among others, "Learning to Deter: Deterrence Failure and Success in the Israel-Hezbollah Conflict, 2006–16" (International Security); "Restraining an Ally: Israel, the United States and Iran's Nuclear Program, 2011–2012" (Texas National Security Review); and "Reconceptualizing Triangular Coercion in International Relations" (Cooperation and Conflict). 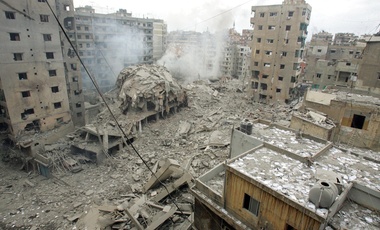 Learning to Deter: Deterrence Failure and Success in the Israel-Hezbollah Conflict, 2006–16

Comparing Israel and Hezbollah’s interactions before and after the 2006 Lebanon War offers insights into the sources of deterrence stability. Since 2006, Israel and Hezbollah have learned to apply rational deterrence theory. Careful communication of capabilities and resolve has contributed to a decade without war. This history also illustrates how a weak actor can deter a stronger adversary by minimizing its own vulnerability and maximizing that of its opponent.