Why would a state that lacks nuclear weapons choose to fight a state that has them? In this roundtable, four scholars evaluate Paul Avey's explanation for this phenomenon.

Introduction: Crucial Calculations: Examining the Decision-Making Behind Nuclear Use in War by Rupal N. Mehta

1. The Limits of the Nuclear Shadow by Ariel F.W. Petrovics

2. What Military Confrontations Could Mean for Understanding the Nuclear Revolution by Alexander Lanoszka 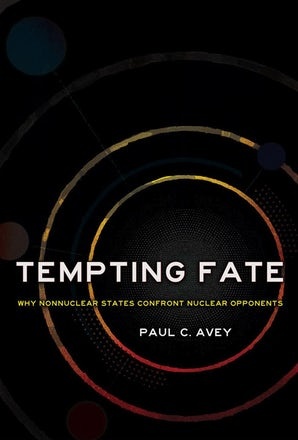 Introduction: Crucial Calculations: Examining the Decision-Making Behind Nuclear Use in War

Paul Avey’s new book Tempting Fate: Why Nonnuclear States Confront Nuclear Opponents answers one of the most important questions in grand strategy and nuclear security: Why do nuclear and non-nuclear states go to war?1 Anchored in the canonical literature on the consequences of nuclear weapons proliferation and contemporaneous debates about how these weapons can change the calculus of combat in wartime, Avey employs a methodical approach that produces a range of explanations about the variables impacting conflict.2 In addition to systematically addressing the limitations of existing explanations and drawing several counterintuitive conclusions, Avey clearly and persuasively details how conventionally inferior non-nuclear weapons states may possess an advantage in disputes with nuclear powers....

Biofuels and the Water-Energy Nexus: Perspectives for the United States

This new paper examines the water-intensive production of biofuels and the implications of land area expansion for increased production.

Breaking Up Is Bad for the United States

Talk of secession is on the rise among Americans—and already weakening the country, writes Stephen Walt.

The Arctic Initiative presented research and innovative ideas related to climate change at the COP26 climate conference in Glasgow.