The events of February 1, 1979 — known to Iranians by the Persian date, 12 of Bahman — are iconic: Khomeini ambling down the steps of a chartered Air France jet at the airport in Tehran; his motorcade mobbed as it drove from the airport to the city’s largest cemetery; Khomeini’s speech at the cemetery and his declaration that “I shall slap this government in the mouth.” In Iran, February 1 begins the ten-day celebration known as Dahe Fajr, which culminates in the February 11 anniversary of the formal fall of the Shah’s government.

Hamshahri, published by the Tehran municipality, announced that it was portraying “the story on the day that…IMAM HAS ARRIVED.” The paper even changed its fonts to reflect the style of Persian script in newspapers at the time. 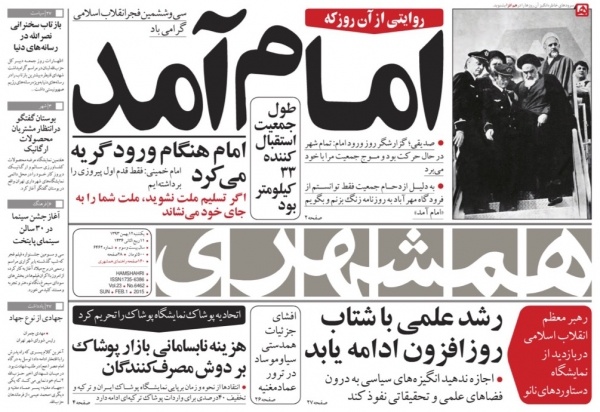 Hamshahri was mirroring the February 1, 1979 edition of Ettalaat, Iran’s oldest newspaper, which famously proclaimed “IMAM HAS ARRIVED.” This front page is among the most famous in Iran’s history. 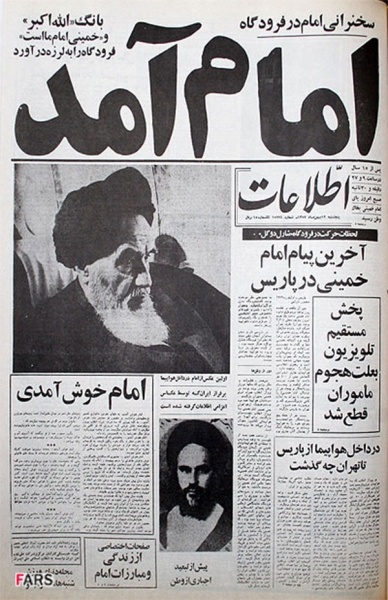 Kayhan, the hardline newspaper closely linked to Supreme Leader Ayatollah Khamenei, published the image of Khomeini’s short drive from Mehrabad Airport in Tehran to Behesht-e Zahra cemetery. Khomeini is sitting in the passenger’s seat of the station wagon as it is swarmed by supporters. 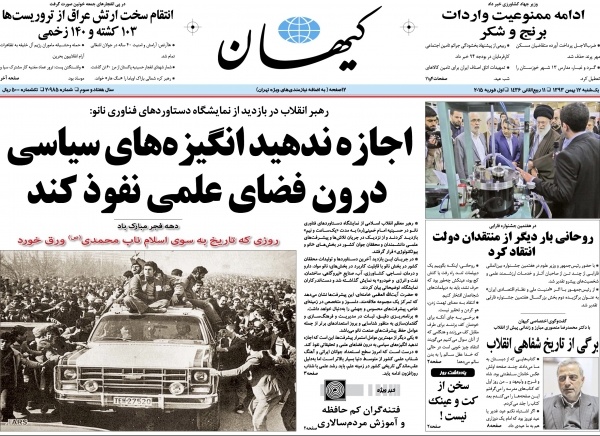 Hardline newspaper Vatan-e Emrooz devoted its front page to a lengthy and triumphalist essay by a conservative commentator that intermixed comments by Khomeini with the nation’s recent accomplishments. Quoting Khomeini’s famous comment that “America cannot do a damn thing,” the author notes that, this year, “our friends and enemies will hear from us the slogan ‘Death to America’ heavier — much heavier!” 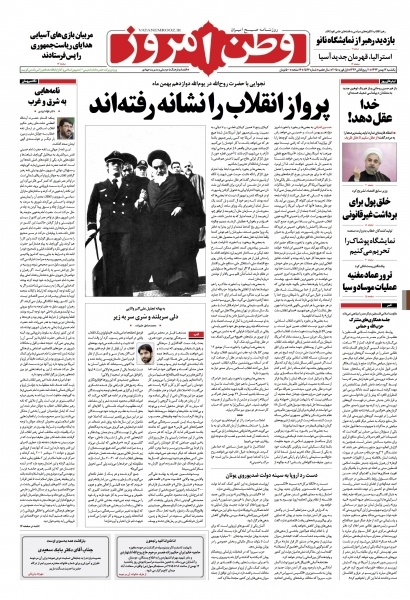