Stephen Walt writes an open letter to Donald Trump on how to deal with the Islamic Republic—and his own administration.

The move of President Donald Trump to visit Baghdad on Wednesday is a small, good one, amid a week of calamitous decisions. The press will understandably highlight the time that Trump spends with U.S. troops. Yet a key objective of the trip will have been to shore up the new Iraqi government's confidence in the U.S., as Iraqi officials must be high on the list of those shocked by the president’s recent decisions to rapidly withdraw U.S. forces from Syria and Afghanistan. Perhaps the president has realized that his administration has some hard work to do if there is any hope of keeping his latest determinations from dramatically strengthening Iran.

The Art of the Regime Change

Stephen Walt writes that Donald Trump's goal in withdrawing the United States from the JCPOA is to prevent Iran from establishing normal relations with the rest of the world. 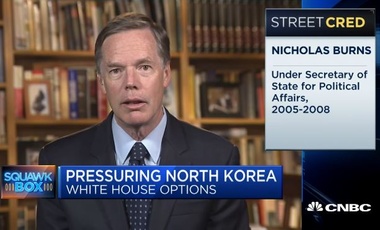 Nick Burns tells CNBC that Trump should stick with sanctions and avoid military conflict with North Korea. "Right now there are no good military options beyond defense," he says. Burns also says the Trump administration could begin to impose secondary sanctions. 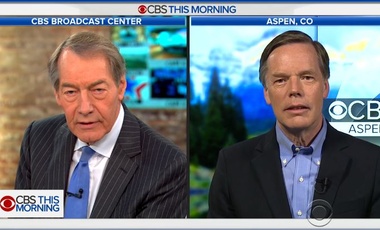 Professor Burns joins "CBS This Morning" to discuss the new U.N. economic sanctions against North Korea and China's role in the process.

Dealing with Iran: A Policy of Engagement and Deterrence

In this January 19 New Atlanticist blog post, Atlantic Council staff writer, by Ashish Kumar Sen, interviews Harvard Kennedy School professor and former US diplomat, R. Nicholas Burns. Burns says that Iran nuclear agreement is positive for the United States, but Iran will continue to be a problem in a violent Middle East. 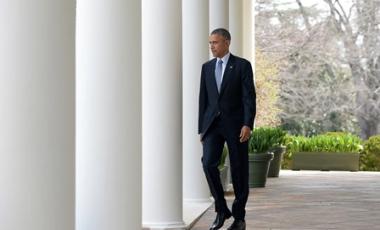 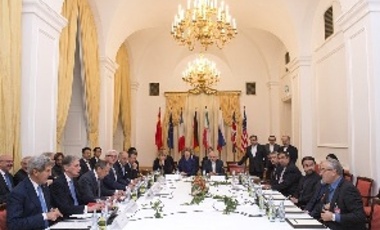 Important Lessons from the Iran Negotiations

"This week’s extension in the negotiations between Iran and the P5+1 is a welcomed jolt of composure and realism in a process that for years has been characterized by wild allegations, emotional retorts and intemperate actions. The decision to extend talks and keep negotiating to achieve a final agreement by next summer seems to cement the decision to deal with the accusations of Iran’s alleged desire to obtain a nuclear bomb as a technical issue that has a technical solution, rather than a continuation of the tendency of the United States and Israel, primarily, to treat Iran as a hapless colonial subject."