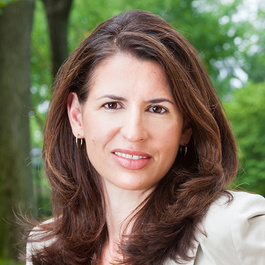 Melani Cammett is the Clarence Dillon Professor of International Affairs at Harvard University, Acting Director of the Weatherhead Center for International Affairs, Chair of the Harvard Academy, and a Faculty Affiliate at the Belfer Center's Middle East Initiative. She specializes in the political economy of development and the Middle East and North Africa and is the author of four books: A Political Economy of the Middle East (with Ishac Diwan, Alan Richards, and John Waterbury, 2015), Compassionate Communalism: Welfare and Sectarianism in Lebanon (2014), The Politics of Nonstate Welfare (coedited with Lauren Morris MacLean, 2014), and Globalization and Business Politics in North Africa: A Comparative Perspective (2007, 2010). She has received fellowships and awards from the Andrew W. Mellon Foundation, the Qualitative and Multi-Methods Research Section of the American Political Science Association, the Smith Richardson Foundation, the U.S. Institute of Peace, the Harvard Academy for International and Area Studies, the Social Science Research Council, and other organizations, and has published numerous articles in scholarly and policy journals. Her current research focuses on the politics of welfare and development and she has a variety of ongoing projects on governance and the delivery of social services by public, private and nonstate actors in the Middle East and North Africa.

Learn more about Professor Cammett's work on her website: www.melanicammett.org.